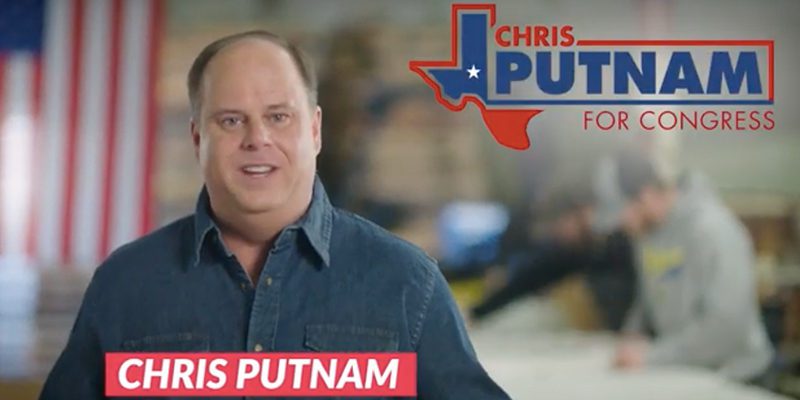 Out of Texas’s 36 seats, 23 are held by Republican members.  However, one of those members is an inconsistent vote for the Pro-Life movement–Kay Granger.  In addition to describing herself as a “pro-choice Republican,” Granger has stated that abortion is a “situation that a woman makes a decision with her own self and her own physician and her own family.”  Furthermore, she has on several occasions voted in favor of embryonic stem cell research, which targets the youngest and most vulnerable among us for destruction as mere research material.

A challenger to Congresswoman Granger’s 23-year stint in Washington is necessary and long overdue.  Chris Putnam is a proven conservative leader in the community. While serving on Colleyville City Council, Putnam played a dynamic role by spearheading conservative reforms and inspiring subsequent local conservative victories.  Chris Putman has the determination and experience to win this election and serve the people of Fort Worth and North Texas boldly, with honor, and according to conservative principles. He needs your vote and support to become the Republican nominee for Texas’s 12th Congressional District.

While entrenched, career politicians like Kay Granger like to think of themselves as untouchable behind their shield of political power, Chris Putnam is exactly the type of conservative candidate who will not allow the ruling class to stop him.  The political establishment fears candidates like Chris Putnam because he has a record proving voters can trust his resolve to defend our most foundational rights, especially the Right to Life, regardless of what the establishment wants.

The Pro-Life movement should expect nothing less than every Republican member of the Texas congressional delegation to fully commit to defending innocent human life from fertilization until natural death.  Sadly, Congresswoman Granger has fallen woefully short of that bar. Your vote for Chris Putnam will reinstate a truly Pro-Life voice representing the people of Texas’s 12th Congressional District, who have been deprived of Pro-Life representation under Granger for over two decades.  Vote for Putnam on March 3!