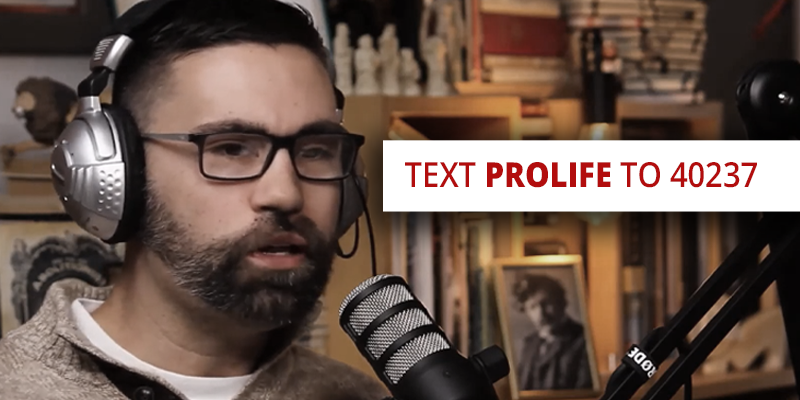 Republican David Lowe launched his state House campaign to unseat Pro-Life Hero Stephanie Klick in Tarrant County, a race heading to the May 24 runoff election. Lowe has publicly condemned the life-saving Texas Heartbeat Act and the strategy that enabled this historic law to take effect, despite his opposition to abortion. He then actively mischaracterizes Representative Stephanie Klick, who was vital in guiding the law to its passage.

On his website, Lowe states “[t]he recent pro-life bills passed by our state legislature have not ended abortion, and most likely will not. It is far past the time for Texans to act.” Lowe refers to the historic Texas Heartbeat Act, the boldest anti-abortion bill in the United States to take effect since Roe v. Wade. Since this law took effect on September 1, 2021, it has spared approximately 100 preborn children from abortion every day — already equating to an estimated 20,000 babies rescued! While there is still work to be done to save every preborn child from abortion from the moment of fertilization, to assert that the Texas Heartbeat Act is not stopping abortions or saving lives is blatantly false. Not only has Lowe ambiguously undersold the life-saving value of the Texas Heartbeat Act, he has also publicly undercut the abortions being stopped and lives being saved by the law at local Republican Party forums.

If elected, Lowe pledged he is “willing to stand on the House floor and vote no to any Pro-Life bill.” He claims the only thing we need to do is ignore Roe v. Wade, a strategy he claims will end abortion. Lowe’s prideful unwillingness to vote for any bill that will immediately save lives from abortion while attacking Roe v. Wade is dangerous for preborn Texans.

During the campaign, Lowe also misrepresented incumbent Stephanie Klick. Even before she was elected to the Texas House, Klick fought to protect vulnerable patients in Texas hospitals. Since her election to the Texas House in 2013, she has repeatedly fought to protect preborn children and their mothers from abortion. In 2017, Klick passed the Dismemberment Abortion Ban, a law that prohibits the barbaric and inhumane abortion method which ends the lives of preborn children by removing their limbs while their hearts are still beating. Klick was appointed as chair of the House Public Health Committee in the 87th Legislature, a role which she stewarded well. As chairwoman, Klick passed every Pro-Life priority bill out of her committee, including the Texas Heartbeat Act, and passed a bill TWICE that would have abolished abortion — the first time any House committee chair has ever had such an accomplishment.

Disagreement is normal and expected in politics. When considering the crucial issue of saving innocent human lives, disagreeing over the best strategy to achieve this goal the fastest is acceptable and understandable. But that is not what David Lowe is doing. He poses as the best candidate on Life issues while concurrently condemning a law that is actively saving thousands of preborn children in Texas from abortion and vowing to thwart similar laws in the future. Texas Right to Life is disappointed in those who share some of our values and goals but are slandering Stephanie Klick, who fearlessly and consistently defends the rights of the most vulnerable.

If you support the Texas Heartbeat Act and believe in attacking Roe v. Wade, David Lowe is not your candidate.

Vote for Pro-Life Hero Stephanie Klick on May 24!