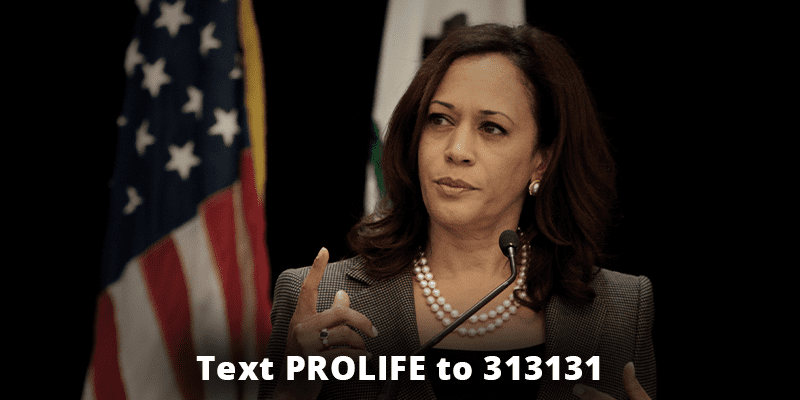 Joe Biden is the Democratic nominee for president—at least that’s what the American public is led to believe. His running mate, Kamala Harris, ran for president too, but voters emphatically rejected her fanatical beliefs and condescending nature. Nevertheless, both Biden and Harris have hinted at a “Harris Administration” that would pursue the most pro-abortion and anti-Catholic policies envisioned by any duo seeking our nation’s highest offices.

Harris’ disdain for Catholic beliefs isn’t much of a secret. In fact, she openly flaunts them to capture the approval of the most bigoted elements of leftist politics. In 2018, she attacked judicial nominee Brian Buescher for his membership in the Knights of Columbus, a Catholic fraternal service order that promotes both charity and Catholic education. Perhaps the inclusion of the word “Knight” prompted Harris to believe Buescher was violent. Perhaps Harris was scandalized by Buescher’s involvement in charity work. More likely, however, is that the Knights of Columbus actually believe what Catholics are supposed to believe. Buescher was evidently one of “those” Catholics, someone who adheres to his Catholic faith and opposes abortion.

Abortion, of course, is the real reason for Harris’ anti-Catholic bigotry. If you’re a Catholic who dispenses with your beliefs as soon as they become politically inconvenient—which is to say, you’re like Joe Biden—then your beliefs are acceptable. Kamala Harris’ love affair with abortion runs deep and compels her to persistently engage in prejudice against millions of ordinary Americans who ascribe to ordinary beliefs. And her pro-abortion rhetoric and history would be shocking if she wasn’t so blasé about the situation.

When Pro-Life journalist David Daleiden exposed the baby body part harvesting of Planned Parenthood, Kamala Harris, then the California attorney general, ordered 11 state agents to raid his residence in the dead of night to take and conceal evidence of Planned Parenthood’s criminal activity. Ordinarily, Harris and other Democrats rush to defend the press, even when said press engages is deceitful, dishonest, or reckless behavior. But as soon as journalists report on businesses that profit off of killing babies, Harris will send men with guns and badges to coerce those journalists into silence.

Harris’ silencing of Pro-Life journalists looks tame compared to her treatment of Pro-Life pregnancy resource centers (PRCs). As the California Attorney General, she designed a law that forced PRCs to advertise abortions to all women who entered their facilities. So militant is Harris’ nature that she wants to compel pro-abortion speech from Pro-Life people. Fortunately, the Supreme Court rejected the law, which was a pernicious violation of the First Amendment.

Biden and Harris have made clear that their administration would pursue taxpayer-funded legal abortion until birth. And Harris’ history has demonstrated she’ll go even farther: she wants Pro-Life Americans under threat of prosecution to participate in the culture of death. She’s a dictator. And although she’s running for vice president, she envisions herself as Queen of America. Her reign will start as soon as she takes a step into the West Wing. Catholics and Pro-Lifers take warning. 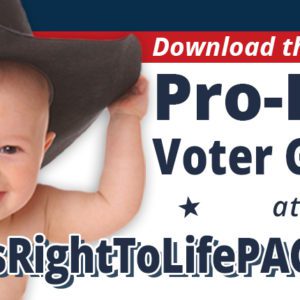 Take the Pro-Life Voter Guide with you to the polls in the 2020 November General...