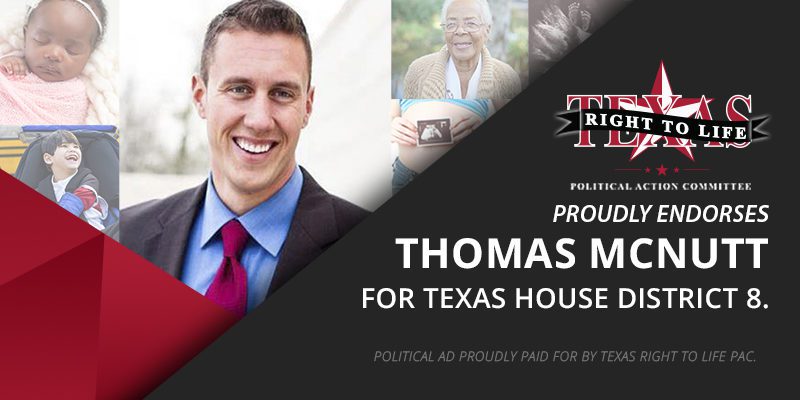 Byron Cook (R-Corsicana) has announced his retirement from the Texas House of Representatives, and hopefully, from politics altogether.  Good riddance!!!  Cook was one of the original 11 Republicans who joined the entire Democrat voting block to overthrow Republican Speaker Tom Craddick in 2009 and install liberal Joe Straus (R-San Antonio) as Speaker of the Texas House.  As the Chairman of the House Committee on State Affairs, Cook was a powerful ally of Straus.  Together, they channeled all Pro-Life legislation, regardless of the subject matter, through State Affairs, where Cook used his position to either kill or weaken the bills.  If not for Cook’s deadly tactics, Texas would have much stronger protections for the preborn than we do today.

After narrowly fending off a challenge from conservative Pro-Lifer Thomas McNutt in the 2016 election – which was rife with allegations of voter fraud  – Cook appears to have seen the writing on the wall.  He chose retirement rather than suffer a humiliating defeat in the upcoming 2018 Republican Primary Election.

Thomas McNutt is exactly the type of candidate the residents of House District 8 deserve to represent their values in the Texas House.  He has demonstrated a commitment and passion for protecting all Life, including the innocent preborn and the elderly.  He believes that our rights to Life and Liberty are granted by God, and that government only exists to defend those rights, not whittle away at them with heavy taxation and burdensome regulations.

Texas Right to Life PAC proudly endorses Thomas McNutt, and encourages the voters of House District 8 to send him to Austin so that he can strengthen our Pro-Life majority in the Texas House of Representatives.