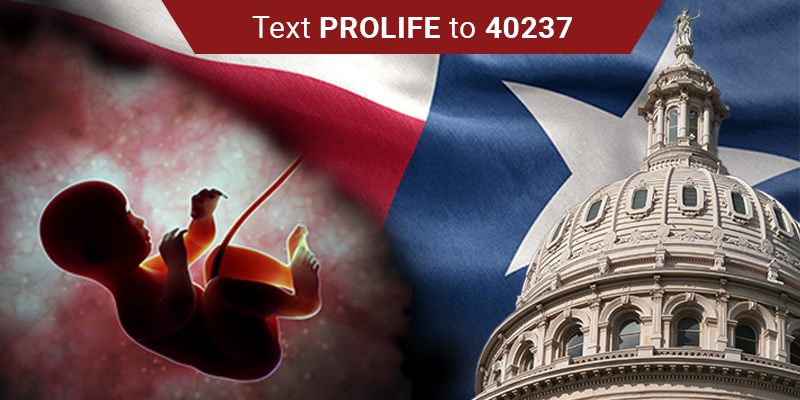 Texas Governor Greg Abbott has issued several endorsements throughout the state in the last few weeks of this primary runoff election season. Many of these endorsements of lukewarm candidates are deeply troubling to conservatives.

Why is this an issue? If you ask the Pro-Life grassroots who have been fighting for Life throughout our state what has been their biggest obstacle to passing Pro-Life bills, many of them will answer that lukewarm, indifferent Republicans—and not pro-abortion Democrats—have posed the greatest challenge.

Republicans hold majorities in both the Texas House and Senate, as well as the keys to the governor’s mansion. Failure to pass Pro-Life bills cannot reasonably be ascribed to Democrats, who are effectively powerless before strong Republican majorities.

A covertly anti-Life Republican can be even more dangerous than a proudly anti-Life Democrat.

This means that many primary elections are just as—if not more—important than general elections. Selecting the right candidate in the Republican primary who is a sure vote for Life is absolutely critical. That’s what makes Governor Abbott’s latest string of endorsements in the primary runoffs so perplexing.

Governor Abbott has endorsed against several strongly conservative, Pro-Life candidates throughout the state, including Carrie Isaac, Eric Bowlin, Ben Bius, Mike Olcott, Nate Schatzline, Ellen Troxclair, and others whom Texas Right to Life has endorsed. Let’s take a look at each of these races.

-Carrie Isaac (House District 73) – Governor Abbott endorsed Isaac’s opponent, Barron Casteel, former Mayor of New Braunfels. Casteel is the son of a former state representative, Carter Casteel. During her two terms in office, Carter Casteel received a 90% (2003) and a 75% (2005) on Texas Right to Life’s Pro-Life Scorecard. She also voted against lowering taxes in favor of raising taxes. Barron Casteel appears to be like-minded with his mother on the issue of taxes, having raised taxes every year as mayor. Along with Abbott’s endorsement, Barron Casteel has the support of the fake Pro-Life organization Texas Alliance for Life—a group that lobbies against Life-saving legislation and whose endorsements give Pro-Life cover to anti-Life Republicans. Texas Alliance for Life went so far as to endorse former State Representative J.D. Sheffield, who had voted in favor of late-term abortions 9 times, and who called late-term abortions a good way for babies with disabilities to be “dealt with.” Barron Casteel hired the liberal Republican promoting Murphy Nasica as his campaign consultant, and never sought an endorsement from Texas Right to Life.

-Eric Bowlin (House District 70) – Abbott endorsed Jamee Jolly, who is also backed by establishment groups Texas Alliance for Life, Associated Republicans of Texas, and several special interest groups. Like Casteel, Jolly is also a client of Murphy Nasica and never sought our endorsement. Perhaps most revealing, she doesn’t even mention being Pro-Life on her website.

-Ben Bius (House District 12) – Instead of Ben Bius, Abbott endorsed Rep. Kyle Kacal, the most liberal Republican in Texas according to Rice University. Kacal has even voted in favor of allowing late-term abortions on babies with disabilities (motion to table Amendment 22 by Schaefer, Senate Bill 8, 2017). Like the others, Kacal is a client of Murphy Nasica and has been endorsed by several anti-Life groups including: the Texas Medical Association, which is arguably the largest and most powerful anti-Life organization in Texas; Texans for Life, another fake Pro-Life organization; and Texas Alliance for Life.

-Mike Olcott (House District 60) – Governor Abbott endorsed Rep. Glenn Rogers instead of Mike Olcott. Rogers only scored an 84% on the Pro-Life Scorecard because, despite constant pressure from Texas Right to Life, Pro-Life activists, and voters, Rogers refused to co-author HB 2609. HB 2609 would have abolished the practice in Texas of hospitals being allowed to remove life-sustaining treatment from a patient, regardless of the patient’s or patient’s family’s wishes, inducing death. He refused to co-author this bill likely due to his endorsement by the Texas Medical Association, who wish to keep the practice. Rogers was also endorsed by fake Pro-Life groups Texas Alliance for Life and Texans for Life, who approve of the practice as well. Like the others, Rogers never sought an endorsement from Texas Right to Life.

–Nate Schatzline (House District 93) – Abbott endorsed former Southlake Mayor Laura Hill. Here, the pattern continues. Hill has received prodigious funding and endorsements from liberal and fake Pro-Life organizations, like the Associated Republicans of Texas, Texans for Life, and Texas Alliance for Life. She doesn’t mention Life on her website, nor has she sought Texas Right to Life’s endorsement. The establishment appears particularly interested in her election.

–Ellen Troxclair (House District 19) – Instead of the solidly Pro-Life candidate Ellen Troxclair, Abbott endorsed Justin Berry. Berry also hired Murphy Nasica as his consulting firm. Berry has received endorsements from establishment organizations that harm Texas families, such as Texas Parent PAC (which does nothing to actually help families). Additionally, he is openly campaigning for open borders and amnesty. He has also not sought Texas Right to Life’s endorsement.

What might explain Governor Abbott’s strange endorsements in these races? Perhaps the most perceptible explanation is retribution. In the Republican primary election in March, Abbott faced unusually stiff opposition from his right. Don Huffines and Allen West both presented formidable challenges to Abbott, positioning themselves as the true conservatives in the race. Though ultimately Abbott won with decent comfort (66%-12%-12%), he had to work more strenuously than he probably expected, and sustained plenty of grassroots criticism along the way. Are his endorsements of more liberal Republicans payback for the primary election? The timing is certainly conspicuous.

Another explanation might be the back scratching that breeds corruption at the Capitol. Murphy Nasica and the Associated Republicans of Texas are the two biggest players among the more moderate Republicans in Texas. Trading favors is not unusual in Texas political circles. Might Abbott be doing the bidding of the Austin swamp?

The Texas Right to Life endorsed candidates are the kind of strong conservatives who will not bend or bargain their values away. They’re unashamed about their convictions and are well-equipped to stand up to the abortion mob, encouraging other Republicans to do likewise. These are the kind of capable leaders that we need to represent us.

It is disappointing to see Governor Abbott endorse against these stellar Pro-Life candidates in favor of others who aren’t as promising. But then again, this is the same governor who endorsed the only openly pro-abortion Republican in Texas – Sarah Davis.

Whether this is an act of reprisal or ordinary Austin backroom politics isn’t really the point. The endorsements are done, and they are against the interests of preborn children and vulnerable patients. Ultimately what matters most is that advocates for Life fight even harder in these elections to ensure that our leaders are people who will staunchly defend the first and most important right of all people: the Right to Life.