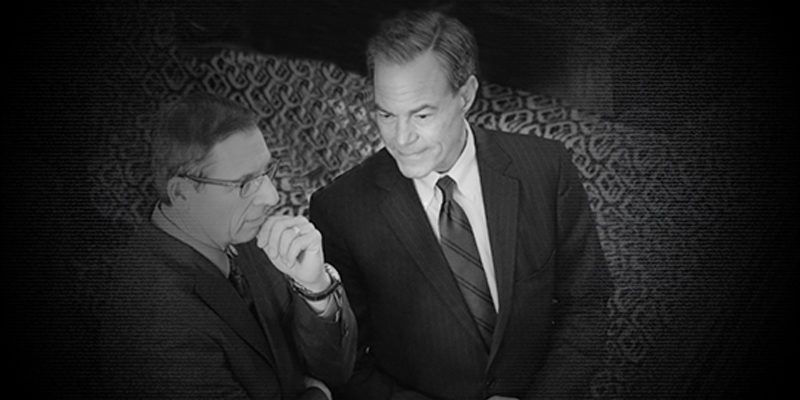 Joe Straus (R-San Antonio), Speaker of the Texas House, gave the state of Texas a gift last night (Tuesday, August 15) when he abruptly ended this First Called Special Session of the 85th Texas Legislature.  Members of the Texas House were in the midst of debating needed reforms when, despite vocal objection, Straus brought the gavel down and adjourned.  By doing so, Straus officially opened the primary election season for March 2018.

Thank you, Mister Speaker, for the gift of clarifying (yet again) to the whole state that the Texas House of Representatives needs a new speaker.

At every step in the legislative process, Pro-Life advocates have had to work around, rather than with, the leadership of the Texas House to pass bills supported by the vast majority of the House members and the majority of Texans.  House leadership thumbed their noses at Governor Abbott, killing many of the needed reforms set forth in his agenda for the First Called Special Session of the 85th Texas Legislature.  An agenda, remember, that Straus without qualification or exception called a “pile of manure.”  During the special session, Speaker Joe Straus and his hitman, Byron Cook of Corsicana, employed the same political tactics that have repeatedly killed Pro-Life measures.

Cook’s and Straus’s systematic slaughter of Pro-Life bills won’t end unless House leadership changes.  Open season on Texas RINOs (Republicans-In-Name-Only) begins now, and our priority race is House District 8, (mis)represented by Byron Cook.  For every $1 you give to Texas Right to Life PAC today, we will give $2 to Cook’s challenger, Thomas McNutt.

Granting that passing four Pro-Life bills in four weeks is unprecedented in Texas, those few hard won victories are owed to the work of Lieutenant Governor Dan Patrick, the State Senate, Governor Abbott, the Freedom Caucus, and a few heroes in the House.  But House leadership begrudgingly did the minimum.  Despite many committed Pro-Life members in the Texas House, the liberal Republicans and Democrats who demand fealty to Straus wanted no part in passing Governor Abbott’s agenda, and their refusal to do so is a gift to voters who can now work to replace the leadership of the Texas House.

While we are thanking the speaker for the gavel that likely dashed the prospects of many of the moderates to return to office in the pink dome, we should thank him, too, for never being shy to reveal his management style that has for years caused the death of countless Pro-Life bills—thus causing the need for these special sessions.  Whenever the speaker, Byron Cook, et al., kill Pro-Life bills and needed conservative reforms, we land in special session or with conservative measures being deemed “emergency items” when leadership’s apathy and hostility to these issues are under the microscope and when expedited rules facilitate the passage of Pro-Life and other bills.

So for not being Pro-Life in 2009, Mister Speaker, we thank you because Governor Perry knew that he needed to fast-track the Sonogram Bill through your deadly House in 2011.

So for not passing Medicaid reform in 2011, thank you, Mister Speaker.  Because in the special session of 2011, we were able to add a rule to SB 7 to restrict funding for the abortion industry.

So for killing our bills in 2013, thank you, Mister Speaker and Byron Cook.  You caused a special session in 2013, two actually, during which four Pro-Life bills passed in one Pro-Life omnibus.

So for trying to hijack HB 3994 in 2015, Mister Speaker, we thank you because we were able to force the stronger version through Senate amendments so that pregnant teens are protected from predators.

And for trying to kill the Dismemberment Abortion Ban, yes, we’re appreciative of that, too, because….well, voters have really responded to knowing that the leadership of the Texas House is okay with helpless, fully formed babies being ripped from the womb limb by limb.  So thanks for that, too.

And now, Mister Speaker, thank you for this month of blistering heat inside and outside the capitol.  Because had you not killed Pro-Life bills during the regular session of the 85th Texas Legislature, we would not be thankful for these four bittersweet legislative victories from this special session.

Passage of the DNR Consent bill marks a hard-fought win from this special session.  One in fact, that Chairman Cook singlehandedly nearly killed with political games and placing disingenuous demands on Pro-Life members.  The Texas Advance Directives Act (TADA) authorizes hospitals to end life-sustaining care against the wishes of the patient or the patient’s family and remains a deadly blemish on Texas’ Pro-Life record since 1999.  While the DNR Consent bill is an important step, reform to the whole of TADA remains elusive, thanks to you, Mister Speaker and Byron Cook.

Passage of the Pro-Life Health Insurance Reform marks another win.  The Senate passed this bill five times over three sessions, but the House killed the bill each time.  Thank you, Mister Speaker.  Finally, in the last few weeks, the loophole-free insurance bill was pried from Byron Cook’s death grip and has now been signed into law.  The abortion reporting reforms passed in the special session are important, but they should have been in place for years in order to provide lawmakers with accurate information about abortions in our state.  Codifying commonsense reporting requirements can hardly be seen as a major accomplishment in a Pro-Life state, Mister Speaker.

HB 14 would have prohibited municipalities from contracting with abortion clinics and their affiliates, which is the next step in fully defunding the abortion industry in Texas.  Yet, without justification or explanation, House Bill 14 did actually die during this special session.  The majority of Texans and the majority of House members support the legislation.  And yet, one man blocked HB 14 from passing.  Thank you, Mister Speaker, for giving us more reason to expose Byron Cook in his re-election efforts.

Texans are demanding that their elected officials be held accountable for the political games that killed Pro-Life reforms.  Thank you, Mister Speaker, for demanding such fealty to you and your henchmen that the wheels are finally in motion to oust you and replace you with a true, Pro-Life conservative.

Conservative Texans have spent too many sessions watching their top priorities languish in politically motivated committees and die in backroom deals.  Texans demanded that their elected officials #PassThemAll.  They must choose between the obstructionist policies of House leadership and the will of the people.