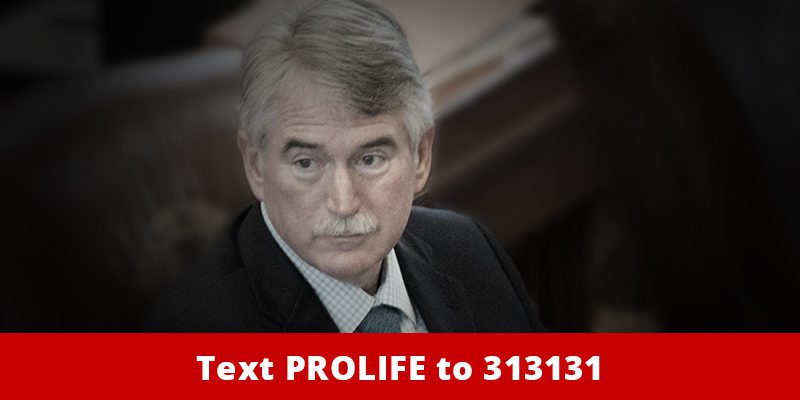 With merely a week before the Republican Primary Election, entrenched politicians are securing the support of Austin insiders eager to protect the interest of the establishment.  Prominent among the offenders is J.D. Sheffield, who actively frustrates the Pro-Life movement as an anti-Life Republican state representative.

Among campaign donations over the last month, the most indicative and incriminating supporter of Sheffield is Sarah Davis, the only openly pro-abortion Republican in the Texas House.  Sadly, Davis’s support of Sheffield is not only alarming but expected for those who follow Texas politics.

In only the past month, Sheffield has received $105,000 in campaign funds from the Texas Medical Association (TMA), which is notorious for subverting the rights of vulnerable patients in Texas hospitals.  The TMA supports the unprecedented, unethical, and unconstitutional 10-Day Rule, which—after only a mere 10 days’ notice—permits a hospital to unilaterally override the express medical determination of the patient, his family, or his surrogate decision-maker and remove basic life-sustaining treatment, thereby killing the patient.

Get the Pro-Life Voter Guide

Sheffield has received a further $50,000 from Austin and establishment associated PACs, again indicating that corporations and institutions, not Texas voters in his district, want Sheffield in power.  Furthermore, over a dozen establishment Republicans in the Texas House have thrown money in Sheffield’s direction. Among these establishment Republicans are John Frullo ($1,000), Geanie Morrison ($1,000), John Kuempel ($2,500), Kyle Kacal ($5,000), Lyle Larson ($500), Ben Leman ($500), Hugh Shine ($1,000), and Drew Springer ($500).

On countless occasions, J.D. Sheffield has demonstrated his brazen, damaging, and insolent anti-Life views while representing the Central Texans of House District 59.  He has publicly supported late-term abortions on 10 separate votes, attacked patients’ rights by authoring dangerous legislation that would negate informed consent in medical decision making, and abused his credentials as a physician to influence fellow legislators into weakening Pro-Life legislation.  Yet, while campaigning for the votes of honest Texans, he masquerades as an authentic conservative, shamelessly maintaining the veneer of a Pro-Life elected official and physician. He is everything that is disgraceful about the Austin establishment—which is precisely why they are so desperate to re-elect him.

The late outpouring of support from the political establishment indicates they are worried Sheffield may lose the seat they so intensely desire to retain.  Pro-Life conservatives must remain hopeful and diligent. HD 59 may yet once again have true Pro-Life representation. Vote for Shelby Slawson on March 3.

Get the Pro-Life Voter Guide