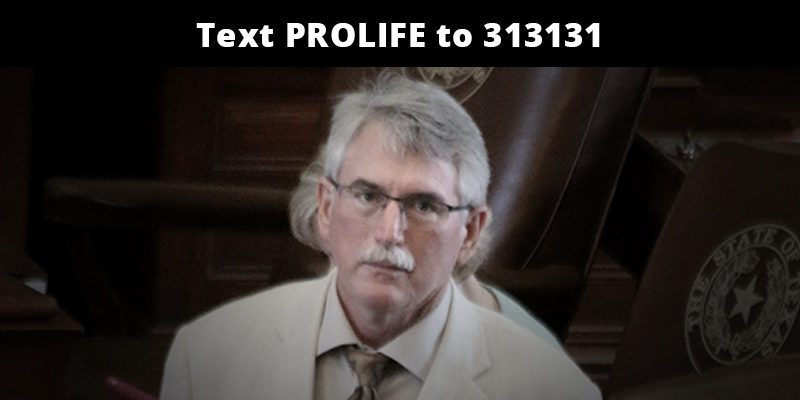 Out of all the disappointing votes, positions, and actions by J.D. Sheffield (R-Gatesville) during the Regular Session of the 86th Texas Legislature, the most disheartening for the Pro-Life movement was the audacity to champion an anti-Life bill.  Sheffield authored anti-Life legislation, House Bill 3874, that would have harmed vulnerable Texans. This dangerous legislation would have forced Texans to become organ donors without their explicit and informed consent. The decision to be an organ donor is a paramount moral and medical decision that can directly affect other critical medical decisions and options.  The Pro-Life movement in Texas has openly opposed previous efforts to turn organ donation law in Texas from an “opt in” to an “opt out” system. Despite this open and clear opposition, this session Sheffield decided to publicly contradict Pro-Lifers and author legislation that would do just that. Pro-Lifers had to publicly oppose, testify against, and work with the House Committee on Public Health to ensure this dangerous legislation did not pass.  Thankfully, the idea of tricking Texans into such a critical medical decision was not popular with most elected officials and the bill died in committee after a public hearing.