Politicians are defined by their “friends,” aka those who endorse and donate to their political campaigns.  These associations are certainly not all bad; endorsements help voters determine where a candidate falls on certain issues and donations enable candidates to be elected and serve their communities.  On the flip side, a candidate’s affiliation with organizations that have troubling records or stances speaks loudly to what the candidate values and will promote as an elected official. Based on J.D. Sheffield’s ethics reports on donations from 2019, the company he keeps is not promising.

Because the Texas Legislature met in 2019, political donations had to legally pause until June 17, 2019.  Immediately after this deadline passed, two PACs donated to Sheffield, and they ranked as his top two contributors in 2019.  These are the Texas Medical Association Political Action Committee (TexPac), which donated $19,541.76 to Sheffield, and the Texans for Lawsuit Reform Political Action Committee (TLRPAC), which donated $7,500.00.

While the Texas Medical Association (TMA) has a laudable-sounding name, and the relationship between a doctor like Sheffield and a medical organization makes sense, the problem is that TMA routinely advocates against Pro-Life legislation in the Texas Capitol.  This is particularly true on bills pertaining to patients’ rights. Texas has a law called the 10-Day Rule, which legally allows hospital committees to pull the plug on patients against their will with only 10 days’ notice. Pro-Life citizens like you tried to reform this 10-day countdown on a patient’s life, but the Texas Medical Association’s lobbyists block this legislation because they are more concerned with protecting Texas hospitals’ bottom line than Texas patients.

Texans for Lawsuit Reform is another troubling organization.  This group, which also endorses Democrats, is pro-abortion and pro-LGBT.  They support the corrupt, disgraced Speaker of the Texas House Dennis Bonnen who was forced not to run for re-election after involving himself in a quid pro quo quagmire.  Organizations promoting agendas that are pro-abortion and pro-LGBT are out of step with your values.

The fact that J.D. Sheffield’s biggest supporters in 2019 were anti-patients’ rights, pro-abortion, and pro-LGBT is alarming, as their donations of so much money to an established incumbent means he is a proven vote for what they prioritize and want to continue.  Do you want your state representative voting for the pro-abortion, pro-LGBT agenda? Or do you want to vote for someone who will go to Austin and vote for your values and Republican Party priorities?

This donation information can be confirmed by reading through Sheffield’s Texas Ethics Committee reports. 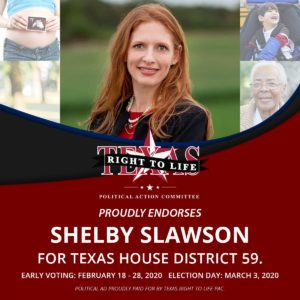