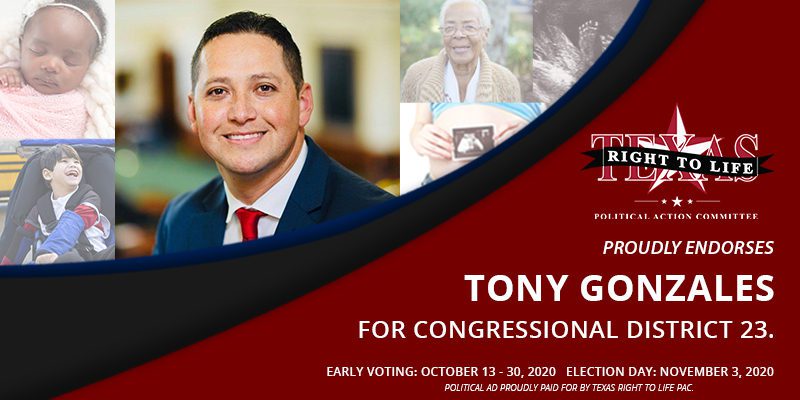 Tony Gonzales cares about the Right to Life of all innocent human beings from conception to natural death. That is evident in his spiritual life, military career, and now, his desire to serve in Congress. His general election opponent is a pro-abortion extremist who supports taxpayer-funded abortions. We are proud to endorse his candidacy and encourage all Pro-Life Texans to support Tony Gonzales for Congress.

Congressional District 23 has become a top target for the Democratic Party this election. Gonzales’s Democrat opponent, Gina Jones, believes Texans should be forced to pay for abortions (including late-term abortions). The people of Congressional District 23 do not support the radical leftist agenda of Gina Jones. These people are conservative Christian voters who share the same values of Tony Gonzales rather than the San Francisco values of Gina Jones.

Texas Right to Life PAC will continue to make endorsements leading up to the November election.