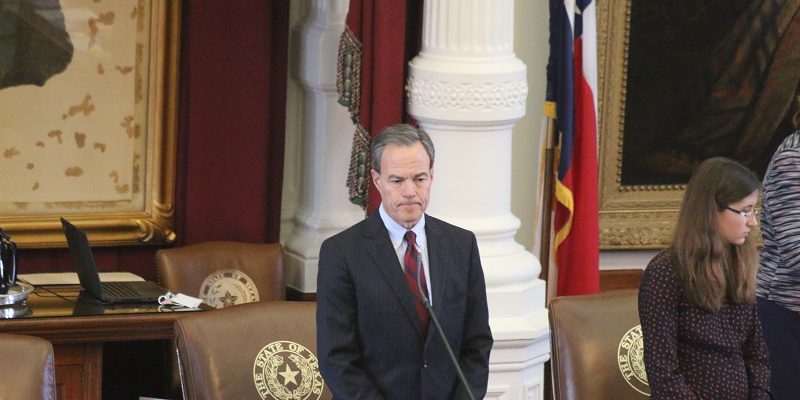 First elected in 2009 as Speaker by 11 Republicans joining with the chamber’s Democrats to form a majority, Straus’ regime of running the Texas House of Representatives has been mired with controversy in the eyes of conservative voters.  For example, under Straus’ management of the state’s lower chamber, Texas has fallen 13 spots in the national ranking of Pro-Life states.  In 2013, Texas was ranked number 4; heading into 2017, Texas is ranked 17th.

Contributing to this decline has been the failure of House management to allow strong Pro-Life policies on the floor of the Texas House.  In fact, such failure during the regular legislative session this past spring is why Governor Abbott placed four Pro-Life bills on the special session call this summer, instructing lawmakers to finish the job that voters sent them to Austin to do during the regular session.

The Texas Freedom Caucus – 12 members of the Texas House of Representatives, including Representatives Matt Schaefer and Mike Lang – has been pushing back against Straus’ obstructionist agenda.  This included proposing rule changes in the chamber to foster transparency on the voting records of members and calling publicly for policies like the Dismemberment Abortion Ban to be untangled from backroom politics.

As primary challengers emerge and campaign season intensifies, other members of the Texas House of Representatives are frantically trying to retain the support of grassroots organizations like Texas Right to Life.  When reviewing endorsements at the conclusion of the special legislative session, a main question that will be asked of each: What did you do as a member of the Texas House of Representatives to combat the roadblocks to Pro-Life legislation placed by Straus and his cronies?

As evidenced by the recent GOP resolutions, Republican voters across Texas are fed up with empty promises by politicians.  The March primaries are likely to bring a most welcome wave of change to the state’s lower chamber.