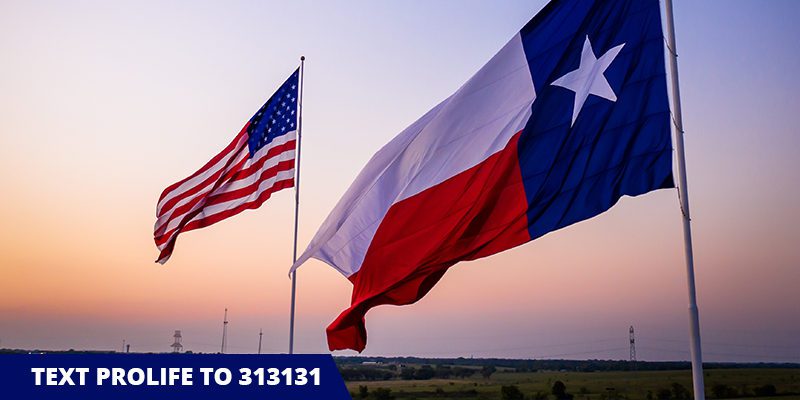 “Tuesday is not only a victory for the Pro-Life movement and conservatives across Texas, but an indictment of moderate Republicans,” Texas Right to Life Vice President Elizabeth Graham said. “Conservatives will no longer tolerate empty campaign promises and lackluster results, as in the 86th Session of the Texas Legislature. The voters have shown that they want representatives who will truly fight for Life and liberty.”

Pro-Life voters especially celebrate the spectacular defeat of two incumbents: J.D. Sheffield from Gatesville and Dan Flynn from Van. Christian conservative activist Shelby Slawson won decisively over Sheffield, who voted in favor of late-term abortions 10 times and was endorsed by Governor Abbott. “Voters in House District 59 rebuked Sheffield’s abysmal record and the funds from special interest organizations and voted for fresh new leadership in Austin. We congratulate Shelby Slawson and the Stephenville and Gatesville communities on this wonderful victory for Life.”

Texas Right to Life also congratulates Bryan Slaton in Van Zandt County (HD 2), Cody Vasut in Brazoria County (HD 25), and Carrie Isaac in Hays County (HD 45) who all defeated challengers backed by the powerful Austin swamp. Other triumphant races include: Ronny Jackson in the Texas Panhandle (CD 13), Irene Armendariz-Jackson in El Paso (CD 16), Lani Popp for the State Board of Education, Terry Adams for the 1st Court of Appeals, George Flint for 401st District Court, Jim Johnson for the 431st District Court, and Reeve Jackson for the 114th District Court.

Along with numerous conservative accomplishments from the March Primary, Tuesday’s victories will set us up to win big in November.