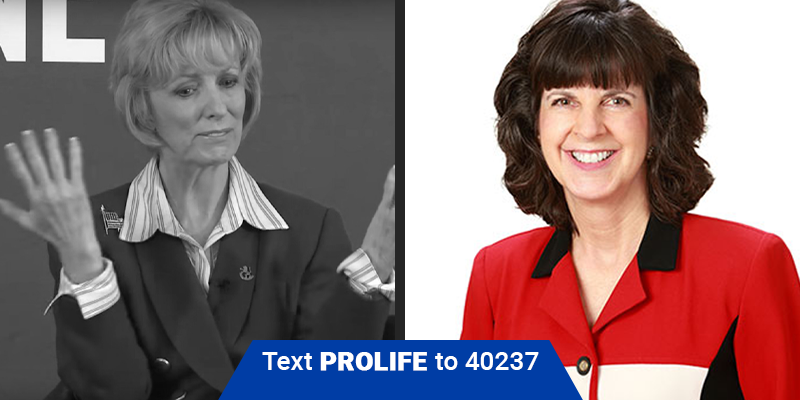 These are some of the most exciting and hopeful days for the Pro-Life movement, with victories like the Texas Heartbeat Act, a robust Alternatives to Abortion program, and the best odds we have ever had of overturning Roe v. Wade! With all this in mind, we must continue to keep strong Pro-Life representatives in our legislature, such as Valoree Swanson—who has a 100% flawless voting record over the last five years. There are others, however, seeking political power that hope voters never find the truth about their embarrassing record.

In 2016, Swanson was elected by the people of her district to replace incumbent Debbie Riddle, who had earned a shoddy voting record during her time in the Texas Legislature.

Although Riddle had a passing score in her first legislative session, a subsequent more difficult session truly tested her convictions and she was revealed to be a “RINO” (Republican in name only). Riddle’s actions in the 83rd legislative session earned her an abysmal grade of 55 on the Pro-Life Scorecard in 2013.

It was in this session that Riddle publicly supported legislation that would expand the ability of physicians and hospitals to enforce deadly “quality of life” ethics on vulnerable patients. She also voted against an abortion-related Pro-Life Priority Bill in her committee. She reversed this vote two hours later to try and save face, but the damage was already done.

After this, Pro-Life Texans were thrilled to see Representative Valoree Swanson rise to the occasion, giving her constituents the flawless record that truly represented their convictions about protecting innocent human lives.

And now after having been defeated by Representative Swanson, who has proven herself time and time again, Debbie Riddle is seeking to retake the seat. Riddle had her chance in the Capitol to stand for Life, and instead she chose to oppose Pro-Life amendments in favor of supporting empty legislation.

Riddle’s attempt to make a comeback and challenge Representative Swanson should be opposed by all Pro-Life voters in Spring. Swanson’s perfect Pro-Life score actually means that she did more than vote “aye” for all Pro-Life legislation and “nay” for all anti-Life legislation; she has been a strong supporter of every life-saving priority bill. Texas deserves more from our representatives than head nods, and Representative Swanson has demonstrated this by actively participating in the Pro-Life movement in public and behind the scenes.

Texas Right to Life is proud to firmly support Representative Valoree Swanson who is willing to stand up to pressure from both the anti-Life left and even from those within her own party who prefer mediocrity and appeasement instead of saving lives. We encourage Pro-Life Texans, like you, to vote for bold elected officials like Representative Swanson to ensure the vulnerable in our state are valued and protected.