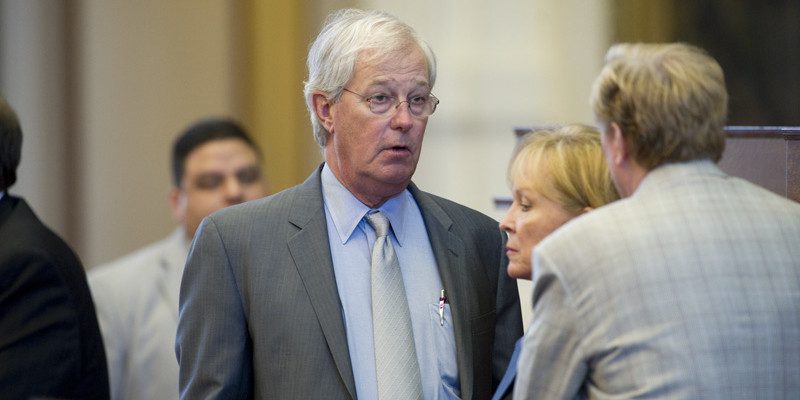 This article originally appeared on TexasRightToLife.com on March 26, 2015.  HB 1533 did not pass out of committee, but these attacks on Free Speech are a continuing theme of “leadership.”

House Bill 1533 by Representative Charlie Geren (R-Fort Worth) impacts political action committees (PACs) that accept contributions of more than $5,000 from a single donor.  Under this bill, if a member generously donates $5,000 plus one cent in the month prior to Election Day, Texas Right to Life PAC would be prohibited from using that gift to pay for radio ads, mail pieces, or telephone calls UNTIL a government agency takes action.  In other words, late-train contributions exceeding $5,000 would necessitate an additional report on top of the routine reports already required; but worse, the donation is frozen until the Texas Ethics Commission (TEC) posts the contribution to their own website.

This vast and blatantly unconstitutional measure vests an unelected state agency with the ability to decide when PACs, and hence, citizens, may engage in an election depending on how quickly or willingly a bureaucracy decides to post the relevant information on a website.  Along with the TEC, supporters of these free speech restrictions seek to limit Texans’ involvement in deciding who represents them by penalizing PACs that accept and spend large gifts.  What is the fear?  That a citizen may support a PAC with which the citizen agrees?  That a group of citizens may support various PACs resulting in new officeholders?  Isn’t this free speech?  Isn’t this democracy?

The most critical part of an election is the 30 days prior to Election Day.  Voters often sense the urgency of engaging politically when they are inundated with mail from campaigns, candidates, and issue-based committees.  Builders, business owners, dentists, and all types of citizen activists often respond with donations to partially or fully fund the last round of election projects.  Unfortunately, HB 1533 would prevent these donations from being used for their intended purpose.  A mailer sponsored by these gifts cannot be designed, produced, or mailed until the TEC finds the time and willingness to post the contribution to a state website.

While any gift of $5,000 to any non-profit organization is indeed a generous gift, in PAC expenses, $5,000 barely covers the cost to mail one-third of most State House districts in Texas.

To be clear, the disclosure of political contributions and expenditures is already required – in fact, in the 30 days prior to Election Day, at least two, or as many as nine, disclosure reports must be filed under current law – and Texas Right to Life meticulously complies with such regulations.  (If we err on these reports, and if our detailed explanation is rendered insufficient by the TEC, we are fined.)  Not only would House Bill 1533 add another onerous requirement AND WAITING PERIOD during the final weeks of an election, but the bill would also prevent the efficient involvement of issue-based organizations by injecting yet another absurd bureaucratic hurdle during a crucial time for voters and candidates.

HB 1533 simply marginalizes citizen activists who support issue-based organizations as their preferred conduit for freedom of speech and freedom of assembly.

HB 1533 was considered in the House Committee on State Affairs on Wednesday, March 25.  Attorneys for Texas Right to Life testified against the bill, as did attorneys from Texas Home School Coalition and Empower Texans.  Regrettably, these types of bills that try to silence free speech during elections are supported by the moderate leadership and are likely to pass the State House.