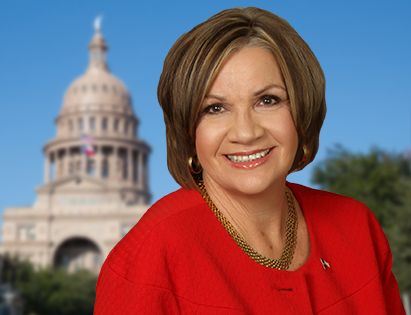 For the last three Primary Elections, principled, passionate, and proven Pro-Life heroes have consistently defied the odds, replacing self-identified “Pro-Life” politicians who have, in reality, been a hindrance to the passage of Pro-Life legislation in Austin.  Election Day, otherwise known as Accountability Day, is a month away, and phony “Pro-Life” Republicans are nervous.

The Republican Party Platform calls for respecting the sanctity of Life.  As advocacy organizations such as Texas Right to Life continue to unmask Phony Republicans who fall short of this ideal, and losing at the ballot box, the liberal Republican machine has begun to change tactics.  Politicians more interested in helping the establishment maintain political power are challenging Pro-Life Heroes like Representatives Matt Rinaldi (R-Irving), Jonathan Stickland (R-Bedford), and Tony Tinderholt (R-Fort Worth).  All of these establishment targets were awarded honors from Texas Right to Life for their passionate and relentless leadership in the past legislative session.  These are the men who not only punched a green “yes” button when publicly required, but who also vigorously fought behind-the-scenes against liberal House leadership in attempts to pass Pro-Life legislation.

One of the most revealing and indefensible tactics of the deceptive Republicans this election is their attack on Representative Molly White (R-Belton).  Like the other targets,Representative White received a Pro-Life Hero Award for her Pro-Life work during the 84th Texas Legislature.  Representative White authored and carried one of the top five Pro-Life Priority Bills in 2015, a bill that would have protected pregnant mothers from forced abortions.

Representative White had been an outspoken and effective Pro-Life activist and leader prior to ever considering elective office.  Her years of Pro-Life activism in Texas, at the United Nations, and around the world, have contributed to countless life-saving Pro-Life victories.

Molly defied the apathetic Republican establishment not only by beating one of their own last primary season, but by standing up to leadership who wanted Molly to “fall in line” and stick to their moderate agenda.  Instead, Molly continued her outspoken Pro-Life advocacy by authoring and carrying a critical Pro-Life Bill that protected Texas women from being forced into abortions by their boyfriends, husbands, coaches, or parents.  As a Freshman Representative, Molly went toe-to-toe with House leadership, revealing that behind their rhetoric, the “leadership” under Speaker Joe Straus had no interest in passing her much needed Pro-Life bill.

While her bill was killed by Joe Straus and Byron Cook, the current Chairman of the House State Affairs Committee, Representative White prevailed in passing an important Pro-Life budget amendment.  Even then, duplicitous politicians in leadership claimed her amendment was “too controversial” and “unnecessary.”

Now, the phony “Pro-Life” leaders have targeted Molly White in this month’s Republican Primary. The Austin establishment is trying to replace Molly with someone who will follow moderate marching orders.

Although standing for strong Pro-Life leaders may be unpopular, requiring opposition to some of the biggest political powers in Austin, Texas Right to Life will proudly defend a Pro-Life Hero.  We have seen Molly’s Pro-Life commitment, passion, and expertise at work firsthand in Austin; the Pro-Life movement needs Molly’s voice in Austin.