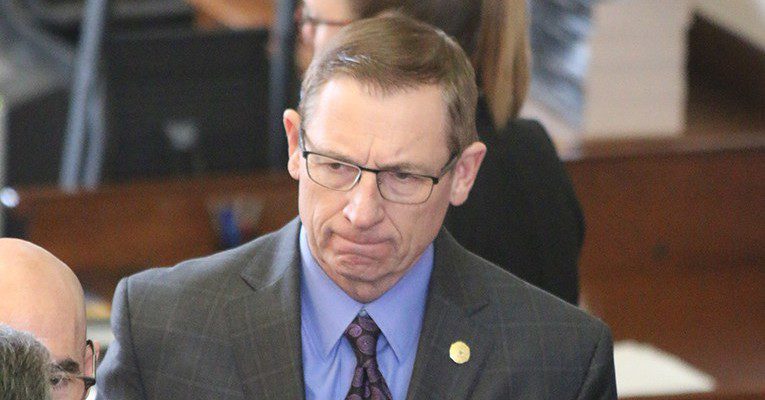 Once again in the Texas House of Representatives, Byron Cook (R-Corsicana) singlehandedly obstructed priority Pro-Life legislation that would safeguard the unborn, move the cultural conversation toward Life, expose the barbaric and inhumane practice of abortion, and advance the Pro-Life cause toward the reversal of Roe v. Wade.  Cook chairs the House Committee on State Affairs where Pro-Life bills are considered and voted onto the next step in passage, or not.  While stalling the real Pro-Life bills, Cook and other establishment Republicans wasted precious time on weak legislation (symbolic bills that do not save lives) that serves as campaign fodder for primary reelections.  These weak bills are not only ineffective and non-priority, but such bills are detrimental to the Pro-Life movement because they consume political capital for meaningless Pro-Life-sounding measures.

Yet Cook refused to even hold a committee hearing on HB 844, a necessary step before a bill can be considered by the whole Texas House of Representatives.  Cook freely shared his personal animosity toward Texas Right to Life as an excuse along a flimsy and flawed statement about the ban holding up in courts.

That’s right – when “Lord Byron” could no longer kill life-saving legislation behind closed doors, Cook was too scared of primary voters, like you, to oppose the legislation when out in the open and on the record.

HB 1971 by Rep. Matt Schaefer (R-Tyler): Closes loophole in current Pro-Life laws that do not protect unborn babies with a disability from abortion.  Since 2011, Byron Cook has mandated this loophole be included in any Pro-Life legislation before passing out of the House Committee on State Affairs, which he chairs.

HB 1113 by Rep. John Smithee (R-Amarillo): Protects Pro-Life Texans from subsidizing the elective abortions of others through insurance plans and enacts the provision in the Affordable Care Act under which states opt out of automatic abortion coverage.  After holding a hearing on the Senate bill, Cook ran out the calendar on this bill, thus ensuring the bill’s demise.

Summary: Enacts rules at the state health department for handling the bodies of victims of elective abortion.

Reality: While noble in intent, the limited time frame of the Texas Legislature requires lawmakers to stop abortions before they occur, not merely regulate what happens to the body of a dead child after the abortion.

Summary: Ban on partial-birth abortion and the sale/donation of tissues and organs after an abortion.

Reality: Partial birth abortions are already illegal in the United States; thus, prioritizing such legislation is a waste of time and resources.  Again, the limited time frame of the Texas Legislature requires lawmakers to stop abortions before they occur, not merely gussy up the process of burial.

Summary: Ban lawsuits by which parents sue a doctor when their child is born with a disability.

Reality: No data or proof has shown that wrongful birth lawsuits are a problem deserving legislative attention.  This legislation does not prevent abortions, nor will a ban on this type of legal action lead to the reversal of Roe v. Wade.  In order to promote the sanctity of all innocent human lives, House leadership should work instead to pass legislation closing the “Cook” loophole that does not protect babies with disabilities from abortion.

4. HB 3771 by Byron Cook (R-Corsicana) – Addresses definition of abortion to ensure that treatment for ectopic pregnancies is not reported as abortion.

Reality:  HB 3771 does not reduce the number of abortions and does not contribute to overturning Roe v. Wade.  Redefining abortion does not stop even one of the 54,000 unborn children who will be led to slaughter in Texas abortion mills this year.

Reality: The Texas Administrative Code already requires that complications from abortion be reported to state health department.  Again, prioritizing legislation that does not reduce abortions is a misuse of the limited time of the 85th Session of the Texas Legislature.  Additionally, Cook killed more substantial and meaningful reforms to abortion reporting.