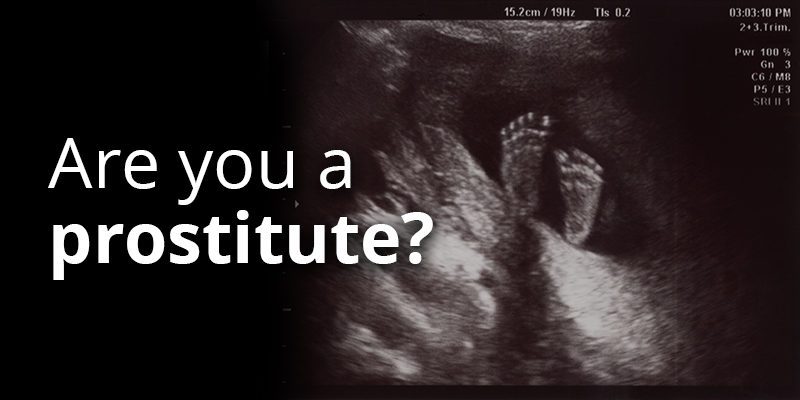 Are you a prostitute?

According to Republican-In-Name-Only (RINO) incumbent Ernest Bailes, you are a prostitute, and so am I… we are prostitutes for special interests.

Last night, Bailes launched this shocking sexist insult at Emily Kebodeaux Cook, an attorney who dedicated more than 10 years of her life to the Pro-Life cause.  Emily is challenging Bailes in the upcoming Republican Primary Election on March 6 for the Texas House of Representatives, District 18.

In a candidate debate, Bailes not-so-subtly implied that Emily is a prostitute for special interest groups who pay her.  Emily, who started working with us in 2008, serves as General Counsel for Texas Right to Life.

Emily has been directly involved in PROTECTING THE SPECIAL INTERESTS OF UNBORN CHILDREN, HOSPITALIZED PATIENTS, TAXPAYERS, PEOPLE WITH DISABILITIES, AND PREGNANT WOMEN.

When did being a Pro-Life warrior render one a prostitute?

Tonight at a forum, Mr. Bailes inferred that I have prostituted myself out to gain the support of conservative organizations like Texas Right to Life. I continue to be amazed at how Mr. Bailes twists my support from the largest pro-life organization in Texas as a negative thing in this race.They, along with many other conservative organizations know of his liberal voting record, and have decided to support our campaign because of the policy differences they have with him and because of the conservative principles I hold, not any favors I have promised.Please continue to pray for our campaign as we enter the final stretch. The establishment will do anything they can to stop our momentum.

However, this uncharitable and inflammatory attack on Emily’s gender and on her integrity is inexcusable.  Bailes’ attempt to bully and intimidate godly, conservative women into silence must stop.  Emily is undaunted by Bailes’ desperate, failing attempts to undermine her campaign, and she recognizes such vicious demeanor as weakness and the tactics of a losing campaign.

Bailes’ cowardice is no surprise to Texas Right to Life.

As part of our legislative team in the Texas Capitol, Emily worked to protect all innocent human Life, while at the same time, Bailes was voting to abort unborn children with disabilities and fetal abnormalities.

While Emily was working to defund the abortion industry by writing amendments to the state’s budget bill, Bailes was in the Office of the House Clerk writing opposition statements to these Pro-Life amendments.

And now while Emily campaigns and exposes the anti-Life record of the incumbent, Bailes returned to the clerk’s office to erase those statements from the permanent record of the Texas House.

Emily is telling the voters of House District 18 how she has stood for Life by helping pregnant students finish college while choosing Life and how she has protected the lives of hospitalized patients.

And Bailes is telling the voters that Emily is a prostitute.

Rather than celebrate and commend Emily on her Pro-Life work, Bailes’ attacks are typical of liberals trying to bully, intimidate, and silence women who espouse conservative, Christian values.

Emily is not ashamed of her views, and she is as proud of her work with Texas Right to Life as we are of her being a key part of our organization.  Emily will not back down in the Capitol, nor on the campaign trail. 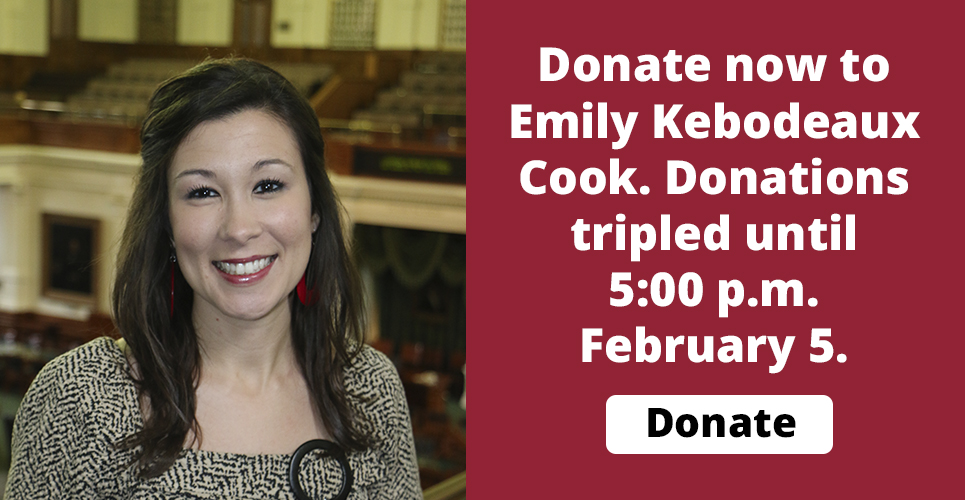 Stand with Emily to stop the chauvinistic bullying by liberal RINO Ernest Bailes.

Help Emily continue to represent the special interests of the Pro-Life cause.

The time is now to stop the RINO, sexist bullies of the Texas House.