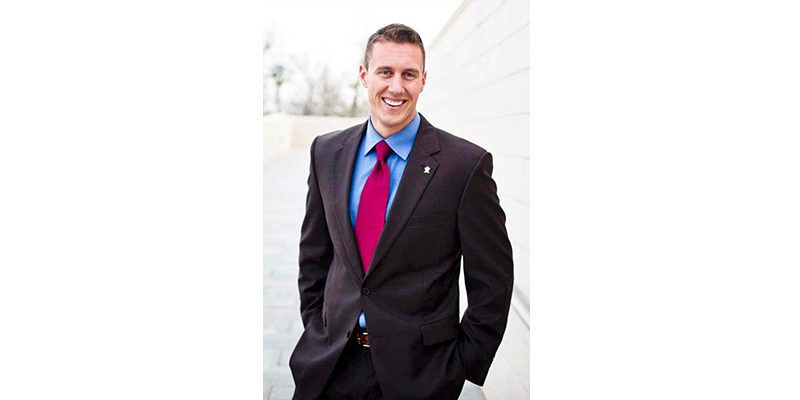 House District 8 received fortunate news when Austin-venerated incumbent Byron Cook (R-Corsicana) announced he would forego seeking re-election to the Texas Legislature.  As Chair of the House Committee on State Affairs, Cook savored an abundance of power from which he issued autocratic decrees, often to the dismay of the Pro-Life movement.  His quasi-dictatorial reign sent one life-saving bill after another to the graveyard of crucial and innovative Pro-Life legislation.  Although such tyranny has thankfully concluded, Cook’s establishment allies are intent on situating another State Representative to fill his place.

The retirement of Cook is cause for celebration, having created a critical opportunity of replacing him with an authentic, Pro-Life conservative.  Because no candidate received 50% in the March 6 Republican Primary Election, the race to replace State Representative for HD 8 is now in a Runoff Election between Pro-Life Thomas McNutt and establishment-backed Cody Harris.  The Runoff Election, held on May 22, gives voters another chance to elect a truly Pro-Life conservative to represent them in Austin.

As a Representative in the Texas Legislature, Cook had a track record of anti-Life votes, illuminating his true convictions.  Now the candidates running to replace him have money and endorsements, which illuminate their true convictions too.

The establishment has chosen Cody Harris as their preferred replacement for Cook.  Austin lobbyists believe Harris can be bought, setting him up as their best option to retain influence in the Capitol.  Cook has not only endorsed Harris, but has also contributed monetarily to his campaign.  Following the rest of the money, over 80% of Harris’ campaign contributions have come from establishment Republicans and Austin insiders.  Projecting how Harris would vote if elected is not hard given where his loyalty clearly already lies.

The only endorsements Harris can tout are those from liberal organizations: Associated Republicans of Texas, Texas Association of Realtors, and Texas Association of Business.  Additionally, he is endorsed by the openly abortion advocates and socialist organizations.  Harris is endorsed by Parent PAC, which regularly endorses anti-Life Democrats over Pro-Life Republicans, including abortion darling Wendy Davis over Greg Abbott.  Harris has also gained the endorsement of AFT, an unabashed socialist organization which gave millions of dollars to Hillary Clinton and Barack Obama and 95% of donations to democrats.  Moreover, he has gained financial backing from the Texas House Leadership Fund, a re-election fund maintained by Joe Straus, retiring liberal Speaker of the Texas House.

Harris tries to conceal his establishment ties by casting himself as the Pro-Life choice.  As cover, Harris uses his endorsement from the small, fake Pro-Life group, Texas Alliance for Life.  This organization has a history of providing cover to anti-Life candidates by issuing endorsements during the political season, and works actively against life-saving legislation in the Texas Capitol.

Thomas McNutt has proven himself to be the strong, reliable Pro-Life candidate HD 8 needs.  In 2016, he narrowly lost his last election bid to Byron Cook after a valiant campaign where he was drastically outspent.  Cook undoubtedly retired in part due to his fear of running against McNutt again.

Unlike his opponent, McNutt has garnered the endorsements of Texas’ leading conservatives and grassroots organizations, including Texans for Fiscal Responsibility, Texas Values, and Texas Home School Coalition.  He also has endorsements from Governor Greg Abbott, Senator Ted Cruz, and Rick Perry.

Texas Right to Life is proud to endorse Thomas McNutt, who has demonstrated an adherence to his Pro-Life convictions throughout his campaign.  McNutt understands the importance of protecting and defending preborn children, pregnant mothers, and vulnerable patients.  Harris, meanwhile, aligns with organizations whose priorities lie with Austin elitists.  The dichotomy couldn’t be clearer: an establishment candidate in the same mold as the retiring predecessor, likely to side with the priorities of Austin, or a proven Pro-Life conservative.  Support Thomas McNutt in the Runoff Election for HD 8.

Election Day is May 22

Political ad paid for by Texas Right to Life PAC