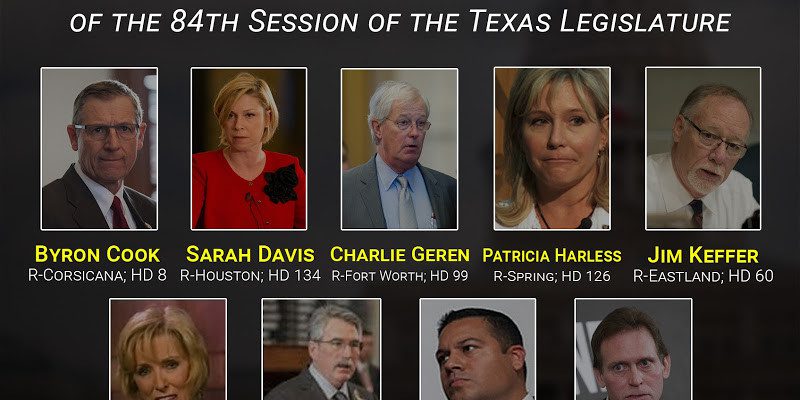 Recall in 2015 when a Texas “Republican” stood on the floor of the Texas House and proclaimed preborn babies with perceived disabilities should be “dealt with?”

Texas Right to Life does.

Remember when that same Texas “Republican” was publicly praised by Planned Parenthood the very next day for the shocking speech?

We remember that, too.

Pro-Life Texans in House District 59 are continually lied to by the man who is supposed to represent their conservative values.  An integral part of conservative values is respecting the sanctity of every Life.  J.D. Sheffield, a doctor, touts supposed Pro-Life convictions and even claims he “helped to pass new pro-life laws.”  But his dismal record in Austin reveals the truth.

If pressing the red “no” button after a Republican colleague offers an amendment protecting disabled preborn babies is his version of passing new Pro-Life laws, then J.D. Sheffield excelled.

Passing Pro-Life laws does not mean abandoning preborn babies and their families when love and support are needed the most.  Passing Pro-Life laws means giving babies, even babies deemed imperfect by some, a chance to live for as long as they are able – and protecting their right to do so.

During that torturous stump speech on the floor of the Texas House (starting at the 4:14:00 time stamp), Sheffield not only claimed these babies should be “dealt with,” but he asked “Why should the heavy hand of government come into that most heartrending decision?”

What exactly does passing new Pro-Life laws accomplish if our government is not allowed to protect the most basic right we have – the Right to Life – even for preborn babies with disabilities?

Planned Parenthood would rather have J.D. Sheffield.  Voters in House District 59 know Brent Graves, the true Pro-Life alternative, is ready to fight for the lives of all Texans.