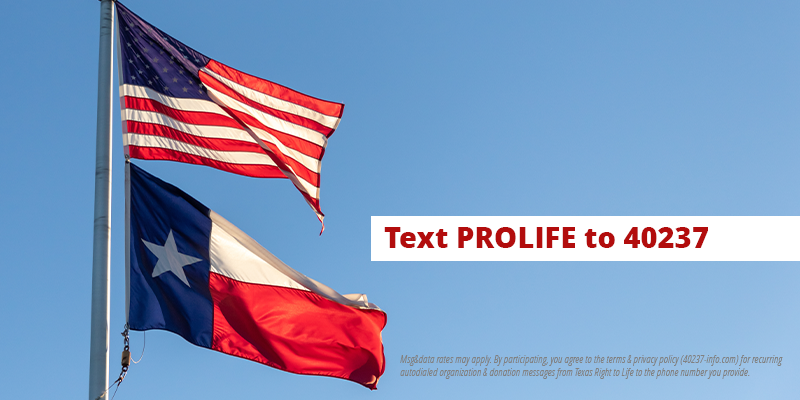 While Democrats hoped that abortionists’ doomsday narrative would dominate voters on Election Day, the truth was always on Pro-Lifers’ side. Unlimited abortion proved to not be the winning issue that anti-Life Democrats counted on it to be, and this allowed the GOP to secure some pivotal races across the state.

Republicans handily won every single statewide race in Texas, including the highly publicized governor’s seat. Democrats ran one of their most profitable candidates, Beto O’Rourke, and still lost to Pro-Life Governor Greg Abbott. Lieutenant Governor Dan Patrick, who ushered the Texas Heartbeat Act and many other Pro-Life bills through the Texas Senate, also easily kept his seat.

Notably, Texas candidates saw significant wins in South Texas and along the border. Pete Flores, who started the “red wave” in Hispanic communities in 2018, won Senate District 24 Tuesday night to return to the state Senate. Janie Lopez won a close race in the Texas House, flipping House District 37 in San Benito from blue to red. Monica De La Cruz also easily flipped Congressional District 15 as the first Republican ever to win the seat and represent the Pro-Life values of South Texans in the U.S. House.

All four Texas cities with a local abortion ban on the ballot voted in favor of the Sanctuary City for the Unborn proposition. Election results in Abilene, Athens, Plainview, and San Angelo emphasized Texans’ commitment to protecting Life at every level.

Tuesday’s overall victory in the U.S. House will allow Republicans to block Biden from enshrining unlimited abortion in federal law, and the growing GOP majority in the state legislature will pave the way to pass a historic Pro-Life agenda in the 2023 legislative session.