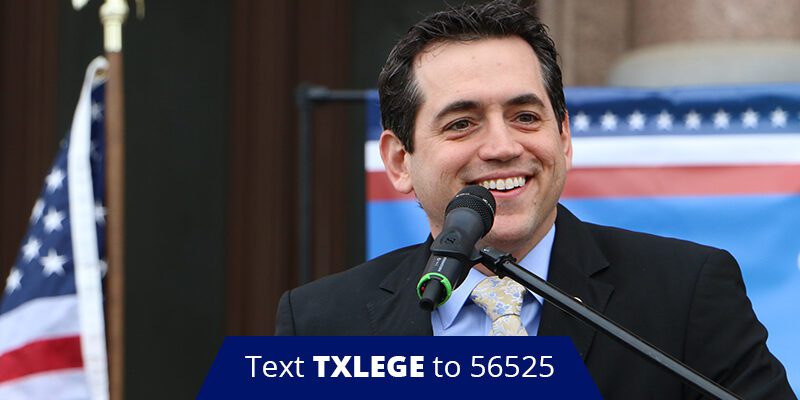 HOUSTON, TX – Texas Right to Life congratulates Matt Rinaldi on his historic victory in the race for chair of the Republican Party of Texas. On Sunday, Rinaldi beat out four opponents to succeed Allen West as the leader of the party, gaining 34 votes – 1 vote above the 33 needed to win.

During his time in the Texas House of Representatives, Rinaldi served as the Pro-Life whip, and is largely responsible for many Pro-Life legislative victories.

Never before in the history of the Republican Party of Texas has such as staunch Pro-Life warrior with a phenomenal record been elected to lead. The Pro-Life issue continues to massively shape the political demographics of Texas, especially in the largely Hispanic border regions, which are quickly turning red. Matt Rinaldi is a smart and principled leader who is perfect for the job ahead of him.

Founded in 1973, Texas Right to Life is the oldest and largest Pro-Life organization in Texas. Recognized as the statewide leader of the Pro-Life movement in Texas, Texas Right to Life works through legislation and education to protect the rights of the unborn, persons with disabilities, the sick, the elderly, and the vulnerable through legal, peaceful, and prayerful means.