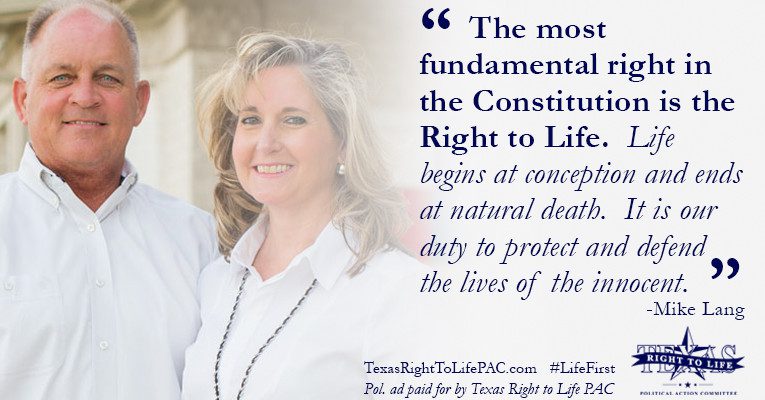 Home » News » Mike Lang on defending the Right to Life

Mike currently resides in Granbury with his loving wife, Katie. They are active members at Stonewater Church where they attend. They have one son, Ryan, who lives and works in Fort Worth as a successful finance manager. Mike served as a law enforcement officer for 30 years and was elected in 2013 to be the Constable for Hood County. He won the primary election without a run-of. Katie also ran for an elected position and currently holds public office as Hood County’s County Clerk.

During his service in law enforcement, Mike earned numerous awards including the Congressman’s Medal of Valor and the Purple Heart National Law Enforcement Citation.

Why does he feel called to lead?
“With my extensive service as a law enforcement officer and as a Constable, I understand that to be an effective leader you must be a servant of the people. My commitment to better the lives of Texans is far from over.”