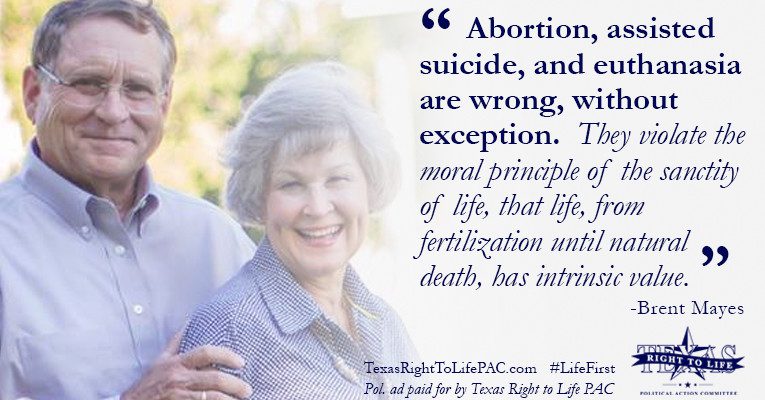 Home » News » Dr. Brent Mayes on the sanctity of Life

“Abortion, assisted suicide, and euthanasia are wrong, without exception. They violate the moral principle of the sanctity of life, that life, from fertilization until natural death, has intrinsic value. Though the victims pay the ultimate price, they affect us all by devaluing life and denying our right to life. Our lives are then valued according to their perceived utility to society, to the state.”

Dr. Mayes is a retired physician who spent his career serving his community through his private practice. He is also an accomplished business professional who holds a Master’s degree in Biblical Studies. Dr. Mayes knows the infinite worth of human Life and is accustomed to fighting for and representing the rights of those in his community.

Why does he feel called to lead?
“I’ve developed an increasing sense of concern over the rapidity in which our country is moving away from traditional American values and limited government. Seeing America being transformed for the worse so quickly has drawn me to leave retirement and join the fight to preserve our freedom and values. I hope to do so as the next Senator from District 24.”