The races in which Texas Right to Life chooses to take a vested interest are carefully chosen by our staff and supporters. Are there certain legislators who have betrayed the Pro-Life community? Are there geographic areas in which the constituency may be ready for an active Pro-Life leader? Are there elected officials who have been unwavering in their defense of innocent human Life and are needed back in office? If the answer is yes, then Texas Right to Life PAC chooses to do all we can, with the resources blessed and entrusted to us, in helping to build the Culture of Life in Texas.
One of the races in which Texas Right to Life is invested this cycle is House District 114, an area within Dallas County. The incumbent, Jason Villalba, made clear at the beginning of the Regular Session of the 84th Texas Legislature that protecting innocent human Life was not a priority in his agenda.

Speaking to the Texas Tribune, Villalba argued:
We have to deal with the issues that truly impact everybody… If we get bogged down with issues that are divisive or controversial …we spend cycles, days going through issues that only affect the tiny sliver of the population… So while I’m strongly Pro-Life… going forward if we can focus on transportation and water and public education, I think that’s better for the state than focusing on issues that may be deemed by some to be more controversial.

Thus, the butcher of innocent babies, ripped apart in the womb, and the emotional health of pregnant Texas mothers is too controversial for Villalba. The roughly 164 babies aborted each day in Texas aren’t enough to spur Villalba to action; maybe 500 a day would “affect” enough Texans to warrant his attention?

That’s not all. The respect for individual human Life which compels us to value the lives of the preborn compels us to call for the protection of Life until natural death, as well. Texas is the only state which allows for the unilateral withdrawal of life-sustaining medical treatment from patients against the wishes of the patients or their surrogates, with no consequences. Unfortunately for House District 114, not only does Villalba not fight to overturn this draconian law, he actually has worked to increase the use of this mechanism to kill patients. In the 84th Texas Legislature, Villalba co-authored (signed his name in support of) House Bill 2351, which would have expanded the authority of a hospital panel to deny and remove medical treatment because the patient has a “disability.”

Dallas attorney Dan Morenoff offers a stark contrast for voters of House District 114. Dan is unapologetic in his stance for Life, and he uses his legal reasoning to protect all Life, from conception until natural death.

Texas Right to Life urges the Pro-Life community of House District 114 to head to the polls this month and to vote for Dan Morenoff for Texas State Representative. 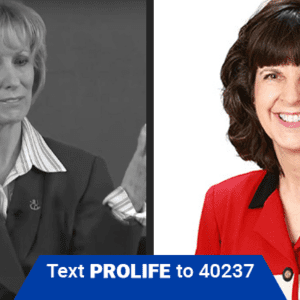