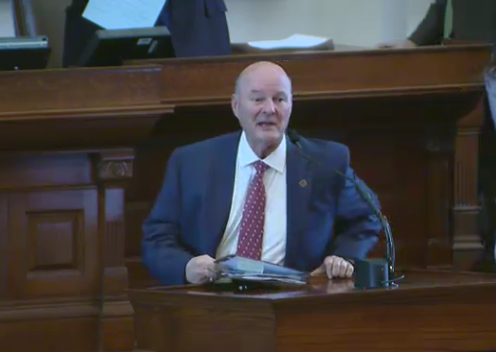 Home » News » Pro-Life Fraud Alert » On the Record: When Raney Voted Against a Pro-Life Amendment

The Pro-Life movement recognizes that all innocent human Life, from the moment of fertilization until natural death, is immensely valuable and deserves the utmost respect and protection. Currently, Texas has no legal protections for vulnerable human beings at the embryonic stages of development. Furthermore, Texas has no restrictions prohibiting taxpayer dollars from funding or supporting anti-Life, embryo-destroying research.

Whether scientifically manufactured or created by natural means, human embryos are persons worthy of the full moral and legal protection enjoyed by citizens who have already been born. An embryo is an individual with a distinct set of DNA containing unique genetic characteristics and attributes unlike any other person and must not be neglected by society and Pro-Life advocates.

Amendment 267 by Turner to House Bill 1 (the state’s budget for 2016-2017) reads, “No funds appropriated under this Act shall be used in conjunction with or to support research which involves the destruction of a human embryo.” Contrary to some reports, Amendment 267 does not affect scientific research or biopsies on preborn children who have devastatingly passed away due to natural causes. Texas Right to Life empathizes deeply with those who have lost their preborn children due to miscarriages; Amendment 267 did not impact the ability of grieving families to donate the bodies of their already-deceased little ones to scientific research with the hope of discovering the causes of this heartbreaking medical event. Instead, Amendment 267 would have stopped taxpayer-funded research or taxpayer-funded facilities (like public universities) from destroying an embryo for research purposes.

Representative Turner’s Pro-Life amendment passed on a 90-51 vote with overwhelming Republican support and was added to the House’s version of the State Budget. However, Representative John Raney and three other Republicans (Representatives Sarah Davis, JD Sheffield, and John Zerwas) voted against the amendment, choosing to continue allowing taxpayer dollars to destroy innocent human lives in the name of research and financial gain to universities.

That is why Texas Right to Life cannot, with a clean conscience, endorse John Raney or any other politician who refuses to follow the most basic Pro-Life principle that every human being deserves our moral respect and legal protection.