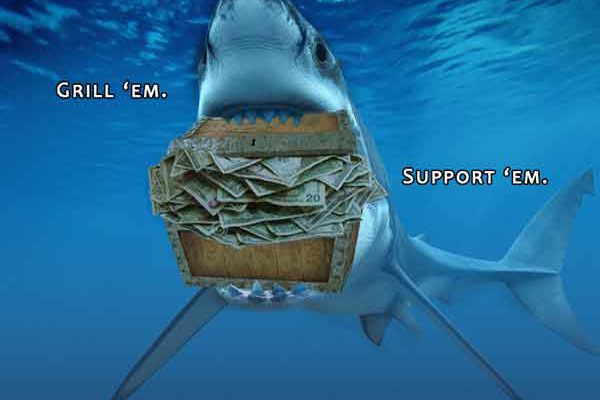 Shark Tank, hosted by the influential Northeast Tarrant Tea Party, has quickly become one of the most highly-anticipated events each election cycle for Texas conservatives.  The event will take place on October 14 in Grapevine, and is based on the television show of the same name, in which contestants defend their ideas before a panel of judges and appeal for funding to transform such concepts into reality.  Just like the show, conservative candidates will pitch to you – the voter – why you should support their bids to oust liberal incumbents on both sides of the aisle.  The Shark Tank panel will include Texas Right to Life’s Director Elizabeth Graham and Legislative Director John Seago, among other statewide advocacy organization leaders.  This panel will grill the candidates on their positions and campaign strategies, and properly evaluate whether each contender deserves conservative and Pro-Life voters’ support.

As on the TV show, the candidates will pitch why you should support them and how much money they aim to raise.  The audience will then have the opportunity to contribute to these candidates’ campaigns.  From $5 to $1,000, any amount toward securing victory is welcome and appreciated.

Those wishing to attend must apply here.  We hope you’ll join us and hundreds of conservative activists at the Texas Shark Tank as we prepare to reclaim the Texas House of Representatives for Life.