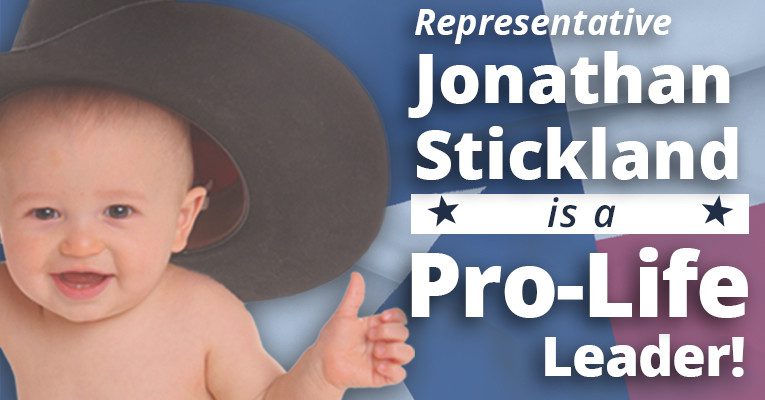 As a result of spearheading the Pro-Life legislative agenda in Texas, Texas Right to Life is in a unique position to identify legislators who champion Pro-Life policies, both in public and behind closed doors.  One such member of the Texas House is Representative Jonathan Stickland (R-Bedford).

Known for listening to his constituents, keeping campaign promises to voters in House District 92, and consistently challenging his colleagues to act on principle, not power and politics, Representative Stickland continually proves his dedication to protecting innocent human Life.

Instead of being recognized as the champion for Life that he is, Stickland now faces an election battle against the Texas establishment machine, which recruited a Republican primary-challenger against him.

Texas Right to Life considers Representative Stickland a tried and true friend for the preborn, the disabled, and the elderly.  Here are just a few examples of Jonathan Stickland’s unapologetic defense of Life:

Because of his fierce and undeterred resolve to protect ALL Texans, Texas Right to Life will PROUDLY be #StickinWithStickland.