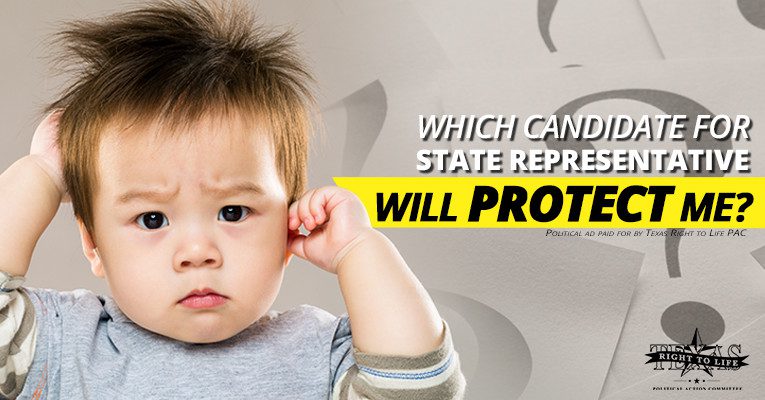 Home » 2016 Endorsements » Texas Right To Life.com » Why Ernest Bailes is NOT the Pro-Life Choice in HD 18

The winner of the Republican Primary Runoff Election for Texas House District 18 will either serve the voters of this district, or he will serve the liberal establishment in power in the Texas House of Representatives.  Conservatives across Texas have united behind the true Pro-Life, pro-family, liberty-loving Keith Strahan as the candidate who will prioritize principles over power and politics.  The other candidate, Ernest Bailes, is the one promoted by the Austin ruling class who has already pledged to carry the RINO (Republican In Name Only) water.  Given the high stakes, both sides are aggressively courting the voters of Liberty, Walker, and San Jacinto counties.

For voters who believe protecting the sanctity of human Life is a must in their State Representative, a vote for Keith Strahan is the only option.  The original race for State Representative in House District 18 saw several of the candidates seek the endorsement of Texas Right to Life, including James Morrison, Wesley Hinch, and Keith Strahan.  However, when I personally invited Ernest Bailes to meet with our PAC interview board, he refused, commenting, “I’m not Texas Right to Life’s candidate in this race.”  At the time, I didn’t know what he meant, but I now do, and he is right:  Ernest Bailes is not the Pro-Life choice in HD 18.

Ernest Bailes is backed by the liberal Texas Medical Association (TMA), an innocuous-sounding Austin-group with a decade-long documented history of opposing Pro-Life legislation in our State Capitol.  For example, in 2012 the TMA advocated Texas physicians needed taxpayer funds to subsidize abortion discussions with vulnerable patients!  Imagine that – your hard-earned dollars paying to convince and cajole women to abort their precious, unborn babies.  Equally shocking, TMA opposed the Sonogram Law in 2011 that has already saved over 20,000 unborn Texans and their mothers from the pain of abortion.

Ernest Bailes cites as a plus of his candidacy his willingness to compromise and work with Texas House leadership, but the compromise games of House leadership yield only dead Pro-Life bills and hence more children lost tragically to abortion.  The same House leadership that Bailes seeks to join colludes with abortion advocates to weaken the scant Pro-Life reforms that accidentally slip past their political games.

While Keith Strahan has earned the support and endorsement of every leader in the conservative movement in Texas, Ernest Bailes embarrassingly earned an endorsement from a lobby group that discriminates against patients with disabilities and against preborn children.  And Bailes wouldn’t even talk with the state’s largest Pro-Life organization in his own backyard.

The only clear Pro-Life choice for Texas House District 18 is Keith Strahan on May 24th.  Early voting is May 16th through May 20th, and Election Day is May 24th.  More information is available at KeithStrahan.com.

Political ad paid for by Texas Right to Life PAC.

More 12 posts in 2016 Endorsements category
Recommended for you 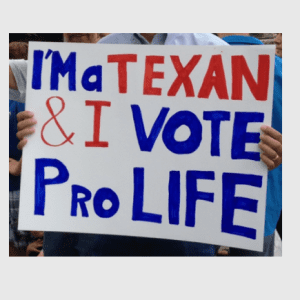 An explanation of Texas Right to Life PAC endorsements