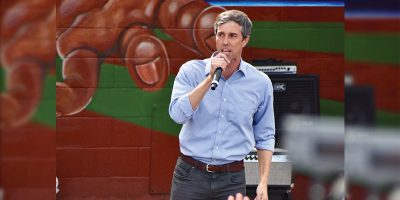 Last week on the campaign trail, former Texas Congressman and Democratic presidential candidate Robert “Beto” O’Rourke publicly reaffirmed his radical support for late-term abortion.  His supporters cheered, indicating this is where they want their president to be on the issue. However, numerous polls show that only a small fraction of voters supports late-term abortion.  Despite this polling, candidates for the Democratic presidential nomination have repeatedly shown themselves to be out of touch with voters competing to declare their unequivocal support for the destruction of innocent human Life.

On August 31st, during a Town Hall in Charleston, South Carolina, O’Rourke was asked by an attendee, “I was born on September 8, 1989.  I want to know, on September 7, 1989 do you think my life had no value?” Video of this event posted by his campaign shows this exchange (around the 25:40 mark).  O’Rourke answers that although “of course” his life has value, no person should interfere in a woman’s decision to end her pregnancy, i.e. no person should protect the life of any defenseless child even the day before birth.  This answer was accompanied by resounding applause, and came just minutes after O’Rourke declared healthcare to be a right for which he would fight. Apparently the right to healthcare does not extend to the Right to Life for our most vulnerable preborn children.

Although attendees in the room appeared to support O’Rourke’s radical views, the number of his supporters is actually dwindling, with his presidential campaign polling in the low single digits.  Watching a room filled with his supporters, however sparse, could give the impression that O’Rourke’s position is more widely held, however only 25% of Americans polled this year believe abortion should be legal in all circumstances.  Pro-Lifers might take comfort in O’Rourke’s low polling numbers, but, unfortunately, the other candidates for the nomination are hardly any better.  Many of them have stated that they would repeal existing abortion restrictions and that abortion should be completely unrestricted throughout pregnancy.

A special combination of willful ignorance and cognitive dissonance is required to simultaneously argue you will fight for healthcare for all and deny preborn children any Right to Life the day before birth.  There are none more vulnerable in our society than those in the womb, and yet all policies proposed by Democratic candidates would only place these children in more danger. O’Rourke cites maternal mortality rates in Texas to justify his radical and dangerous views, but his justification falls flat when realizing that the rise in maternal mortality was disproved by multiple statisticians and a result of bad data collection.  However, if consistency doesn’t matter to radical abortion advocates, why should facts?

O’Rourke’s polling numbers show that he is out of step with the rest of the country on this, and likely many other issues.  He should take a hint and exit the race. The rest of the Democratic field should get a reality check and listen to the voters while they still have the chance.