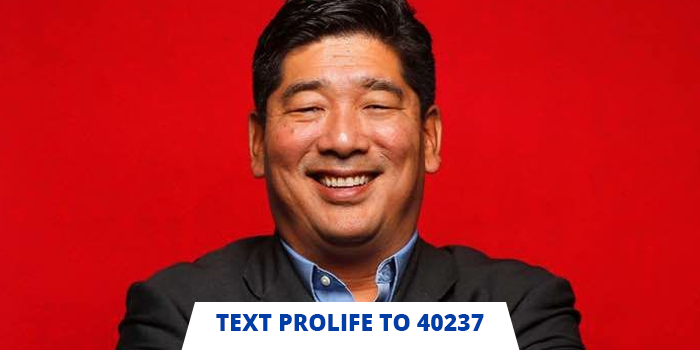 Tinslee Lewis, a toddler from North Texas, would be dead, and according to the medical lobby, she should be. Fake Pro-Life groups concur: Tinslee should be dead. Violent agreement eagerly comes from the Texas Catholic Conference of Bishops. But these predictions are now two years overdue because, alas, Tinslee has proven her doubters fools. Improving and thriving, Tinslee endures. And at the heart of Tinslee’s triumph is Judge Alex Kim, whose unphased courage saved her life.

Merely saying the above parties thought Tinslee should be dead is an inadequate and unjust representation of Tinslees’s journey. They wanted her dead, spending countless hours promoting actions, laws, and ethics that would guarantee that result. Their unabashed determination to ensure Tinslee’s demise is unmatched and uniquely shocking. The story speaks volumes.

Tinslee was born with Ebstein’s anomaly, a genetic heart condition that required her to receive intensive care at Cook Children’s Medical Center in Fort Worth. In the fall of 2019, when Tinslee was just an infant, Cook Children’s no longer wanted to provide life-sustaining care. Her life, one could surmise, appeared to be too burdensome for her attending physician and hospital. Against the objections of Tinslee’s mother—who very much wanted her to live—the care team moved to pull the plug of her ventilator and watch her suffocate to death.

How could they do such a thing? After all, killing a patient is generally condemned by the law and public alike. Unfortunately, the answer comes from an insidious Texas law, the 10-Day Rule. When removing life-sustaining treatment against a patient’s wishes, if hospitals follow the law perfectly, then they have total legal immunity. Cook Children’s operated under this law when they sought to end Tinslee’s treatment.

Before Cook Children’s could complete their mission (read: pull the plug on Tinslee), Texas Right to Life desperately worked with Tinslee’s mom to find a judge and argue that a temporary restraining order (TRO) was warranted against the hospital on a weekend. God delivered in the form of Judge Alex Kim. Regardless of the powerful blowback that would inevitably occur, Judge Kim understood what basic civil liberties were at stake and granted the TRO. He knew that depriving Tinslee of her life without due process was a violation of the Constitution, and he acted posthaste to stop the medical team at Cook Children’s, saving Tinslee from their deadly actions.

That initial lawsuit is still ongoing, but Tinslee is improving, and today, she turns three years old.

Judge Alex Kim’s devotion to the Constitution is admirable and unwavering, and his resolve to defend Life is unsurpassed. Tinslee has lived at least two years beyond the predictions and hope of so many destructive people and organizations. Without Judge Kim, her life would have been cut short.

Opponents quickly attacked Judge Kim. He was removed from the case. Anti-Life media lambasted his Pro-Life convictions. And now, these same forces are trying to pull him from elected office. Pro-Life Texans cannot let this happen. We need judges like Alex Kim across our state. But more critically, we need Alex Kim himself.

His opponent is receiving thousands of dollars in aid from the former president of Cook Children’s Health Care System. He needs your help to fight back.

Alex Kim is under vicious attack because of his Pro-Life values. That means YOUR values are under attack. And he cannot defend our Pro-Life values alone. Please consider donating to him here.

And if you live in Tarrant County, Alex Kim needs your vote. Early voting in the Republican Primary lasts from February 14-25. Election day is March 1. Vote for Judge Alex Kim, and vote Pro-Life up and down the ballot.