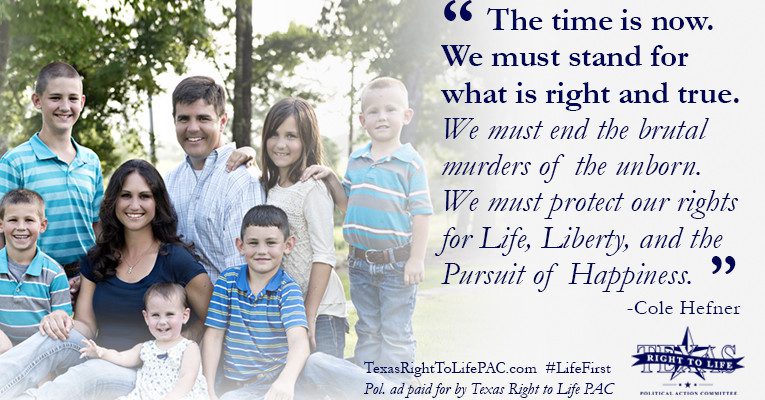 An independent insurance agent, Cole’s first step into politics at the state level is for his run in HD 5. He served four years as a county commissioner in Gilmer, so he is keenly aware of the time and commitment an elected official must offer to be an effective voice for his constituents.  Cole, his wife, Kerri, and their six children are passionate about the Pro-Life cause and have been very active in their community. Longtime members of South Jefferson Baptist Church in Mount Pleasant, Cole and Kerri have dedicated their lives to raising their children in a community that values and protects Life.

Why does he feel called to lead?
“I look at the America I was raised in, compared to the America of today, and am fearful for my children’s future. What will they be forced to endure? I want to be able to tell my children I did all I could to preserve your future.”