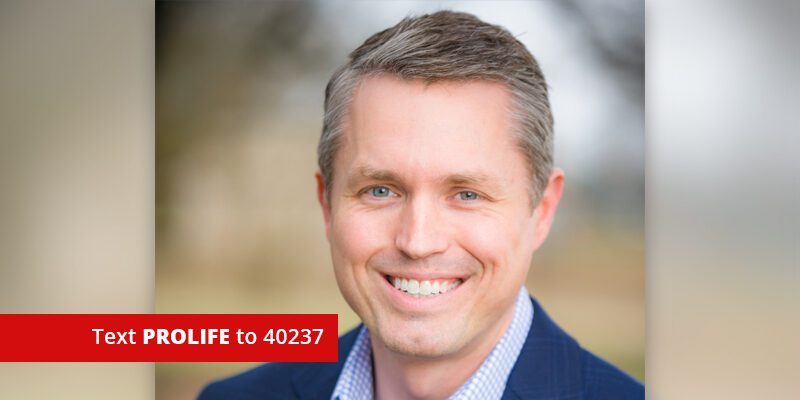 Tomorrow, Texas voters in House District 10 have the chance to strengthen the Pro-Life representation in the Texas House and stop the abortion agenda. Amongst many, they have a choice between a rising Pro-Life hero and an entrenched career politician. Brian Harrison will prioritize Pro-Life issues at the Texas Capitol; John Wray just wants a return to power and regain his old seat.

Brian brings with him several incredible Pro-Life experiences. While serving in the Trump administration, Brian spearheaded many Pro-Life policies, including blocking Planned Parenthood and other abortion providers from taxpayer dollars through the Title X program. Additionally, with Brian’s critical work, President Trump also moved to protect the consciences and religious beliefs of Pro-Life medical professionals. Brian was vital in each Pro-Life initiative that came from President Trump’s Health and Human Services Commission.

Now, Brian is back home in Ellis County with renewed commitment to fight for conservative values in Texas. If elected to serve in the Texas House of Representatives in Austin, Brian will ensure Pro-Life principles always have a voice. Brian’s unwavering commitment to Life and liberty is precisely what our state government needs. He was a champion for preborn children in Washington, and he will again be a champion for preborn children in Austin.

The previous state representative, Jake Ellzey, was elected to Congress, thereby vacating Texas House District 10. Brian’s opponent is John Wray, a career politician desperate for a return to power and influence. Wray finally left office earlier this year surrounded by well-known accusations of potential misbehavior and abuse of power despite his obligation to represent citizens in the Texas House. Shame will befall Texas to allow him into the very position that he disgraced.

But Wray’s transgressions extend beyond personal behavior. In 2019, the last year he was in office, Wray only scored a 60% on the Pro-Life Scorecard. He refused to co-author the two Pro-Life Priority Bills, which would have protected preborn babies with disabilities and vulnerable patients in Texas hospitals. Pro-Life activists asked him and his office to sign on to these bills despite being asked through no less than five different mediums—face-to-face interactions, countless emails, copious phone calls, conspicuous messages sent to his desk on the House floor, myriad social media posts. No matter how many times activists reached him, Wray’s silence gave a deafening answer: No.

Wray’s endorsements therefore shouldn’t come as a surprise. Power brokers are flooding to his aid, rendering financial and personal support to ensure his return. Most troublesome among them is the Texas Medical Association, the largest and most powerful pro-abortion lobby group in Austin. Their endorsement is always a red flag; here, the endorsement is just a reflection of Wray’s past work.

The choice is simple. Voters must choose the passionate Pro-Life advocate over the career politician who quit in controversy; choose Brian Harrison over John Wray.