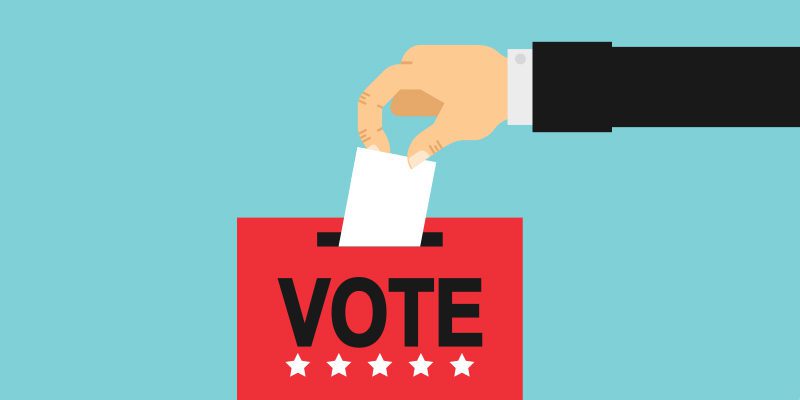 After many legislative sessions of liberal dictatorial rule, Joe Straus (R-San Antonio), Speaker of the Texas House, retired last October in the midst of criticism.  His closest and loyal henchman, Byron Cook, followed his lead, foreshadowing a primary in which Texans rejected tepid moderates in favor of Pro-Life conservatives.

Contrary to much of the rhetoric following the Primary Election on March 6, both chambers of the Texas Legislature will convene next January as more conservative bodies.  The Texas Senate, already deftly directed by Pro-Life Lieutenant Governor Dan Patrick, gained stalwart conservative Pat Fallon, displacing lukewarm Craig Estes.  No new liberal Republicans were able to infiltrate the ranks of Patricks’ conservative Senate, with which will now continue prioritizing Pro-Life legislation.

Straus’ House is crumbling under the weight of immense pressure from grassroots activists and conservative leaders.  His influence waned and is now obsolete, illuminating the divide among Republicans in the Texas House.  Conservatives across Texas demonstrated their commitment to Pro-Life principles by electing five new conservatives—ousting two Straus subordinates in the process—while defending all challenged conservatives.  However, with six strong Pro-Life candidates in the Primary Runoff Election on May 22, the Primary Election gains might become monumental.  Here is a quick rundown of the six legislative runoff races, along with a couple of essential judicial runoffs for the Texas Courts of Appeal:

Stuart Spitzer served in the Texas House from 2015-2017, where he was a dependable legislator for the Pro-Life movement.  Unfortunately, he was unseated by the establishment darling, Lance Gooden.  Because of his principled conservative views, Spitzer had many of the Texas House leadership campaign against him—led by none other than Joe Straus.  Moreover, Spitzer is a Pro-Life physician, capable of defending Pro-Life legislation based on the science that substantiates the Pro-Life position.  On the other hand, Keith Bell, the other candidate in the runoff for HD 4, is unlikely to prioritize Pro-Life issues.

This is the seat Byron Cook deserted once he realized his chances of reelection were vanquished.  Thomas McNutt had the courage to directly challenge Cook two years ago when Cook was still in the midst of his influence, in part because of the cowardly anti-Life actions Cook executed as Chair of the powerful House State Affairs Committee.  McNutt’s valiant effort came up just short, and his declaration of candidacy again this election cycle unquestionably frightened Cook and precipitated his retirement.  As his courageous attempt to unseat Cook demonstrates, McNutt will boldly champion Pro-Life legislation in the Capitol, regardless of the composition of the next wave of House leadership.

Jill Wolfskill has selflessly served the Pro-Life movement for decades.  She has personally empowered and counseled women into choosing Life for their preborn children.  Her Pro-Life activism will undeniably equip her to represent her constituents and protect human Life from conception until natural death.  Her opponent, Ben Leman, does not have the Pro-Life experience Wolfskill has garnered.  Furthermore, establishment groups from Austin have supported Leman in his election efforts.  Whereas Wolfskill will certainly champion Pro-Life legislation from day one, Leman’s priorities are more questionable.

Brent Lawson has demonstrated he will eagerly fight for preborn children, pregnant mothers, and vulnerable patients while serving in Austin.  He had determined to challenge the incumbent representative this election cycle before that incumbent chose not to run for reelection, demonstrating his commitment to the importance of conservative representation for HD 62.  His opponent for the open seat, Reggie Smith, quickly gained the support of many of Austin’s most nefarious political players.  Given the contrast among the legislative priorities of the conservatives supporting Lawson and the moderates backing Smith, Lawson stands out as the only Pro-Life choice in this race.

Deanna Maria Metzger is a vibrant and dynamic Latina who skillfully and proficiently expresses and defends her values—including her belief in the inherent dignity, equality, and inviolability of human Life.  The Pro-Life movement is critically important to her, and she will diligently fight for these values in Austin.  Her opponent, Joe Ruzicka, was recruited by the Austin establishment to run for this seat, currently held by Democrat Victoria Neave.  Not only does Metzger give Republicans a prime opportunity to win in November, but she will bring her strong Pro-Life principles with her.

When the next legislative session begins in January 2019, Joe Straus will vacate this seat and ride off into the sunset.  Straus has represented HD 121 for almost a decade, making retaining this seat of paramount importance to moderate Republicans.  The symbolism of a conservative winning this open seat would deal a crushing blow to the Austin establishment.

Matt Beebe is attempting to wrestle control away from individuals in Austin who have weaponized Straus’ speakership.  When no one else would, Beebe had the courage to directly challenge Straus’ dictatorial reign by challenging him in several previous election cycles.  Although Straus refused to defend Life from his position of authority, Beebe will certainly promote the Pro-Life movement within the Capitol.

Conversely, Steve Allison, Beebe’s opponent in the runoff race, refrained from running until Straus had bowed out.  Moreover, Allison has acquired the endorsement of anti-Life groups, including the Texas Medical Association.  A considerable dichotomy exists between the two candidates vying for this seat: Matt Beebe, an anti-Straus, Pro-Life warrior; and Steve Allison, who will continue to represent the interests of Austin from Straus’ old seat.

The choice presented in this race cannot be any more lucid: an insightful young lawyer who worked for Attorney General Ken Paxton and demonstrates Pro-Life principles, or an establishment puppet who labors to leave the status quo undisturbed.  Mike Toth is the the clear option in this race.  Whereas he will rule to protect life-saving legislation, his opponent, Donna Davidson, will position the priorities of the establishment as her predominant concern. This race is of equal importance to the House races, because in order for Pro-Life legislation to be efficacious, the law pass muster in the courts.  Solid conservative, Pro-Life justices throughout Texas are necessary to protect the strides made legislatively in Austin.

Likewise, Jim Pikl must be elected to serve on Texas’ 5th Court of Appeals.  Pikl has been personally affected by the Pro-Life movement, and will protect the inherent dignity and value of preborn children from his position in the Texas judiciary.  Furthermore, he hasn’t taken the race for granted, campaigning hard to earn the votes of his constituents.  His opponent, William “Randy” Johnson, may have a famous name, but he does not have the proven Pro-Life principles displayed by Pikl.  This race, like the race for Justice of the 3rd Court of Appeals, is vital to building and maintaining a Pro-Life Texas.