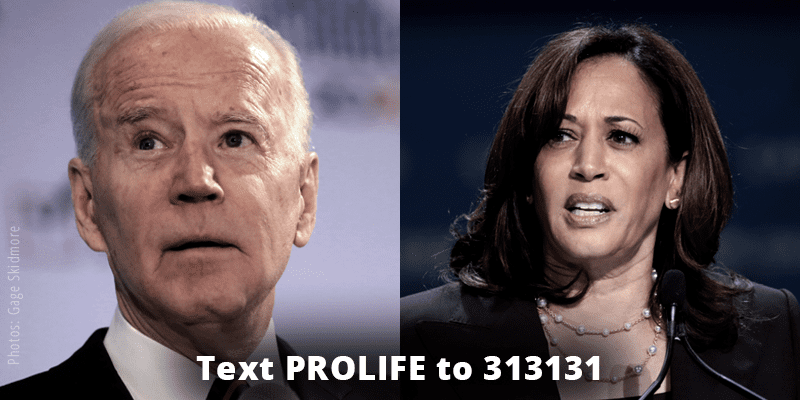 With Joe Biden’s choice of Kamala Harris for his vice president, he is signaling to the country that his administration will be viciously anti-Life. At a time when there is outright intolerance within the Democratic Party for the Pro-Life position, Joe Biden has somehow managed to choose a vice presidential nominee who outdoes their entire party in support for abortion and antagonism toward the Pro-Life movement.

As California Attorney General, Kamala Harris unfairly prosecuted and raided the home of undercover journalist David Daleiden for exposing Planned Parenthood’s criminal sale of baby body parts. As a United States senator, Harris voted in favor of late-term abortions for pain-capable children as well as in favor of taxpayer funding for abortions. She also authored a bill meant to block states like Texas from passing Pro-Life laws.

The silver lining, however, is that the radical choice of Kamala Harris will undoubtedly motivate voters to re-elect President Trump. Texas Right to Life PAC has endorsed President Donald Trump for re-election based on his spectacular and unprecedented record defending Life. Apart from being the first President to speak at the March for Life rally, President Trump has accomplished the following: